Jack sticks up for the Isle of Man's suffrage record 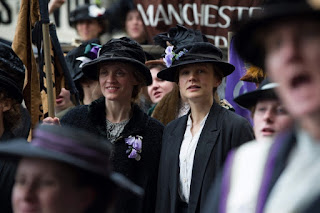 From Jack Cormode in California: The new movie “Suffragette” brings up the idea of women voting.

Here is a note that I sent to a reviewer from the San Jose Mercury News.
October 30, 2015
Ms. D’Souza,
In your review of the movie “Suffragette”, you noted that “Britain was the first” to give women the right to vote.  Since ‘Britain’ is not a political (voting) entity, this may be incomplete information to your readers.
According to the Wikipedia Timeline of Women’s Voting,
This is in reference to the Manx nation being the first to give women the right to vote in national elections.  New Zealand and Australia, as self-governing states gave the right to vote to women before the United Kingdom did so.
It might also be noted that Emmeline Pankhurst was of Manx descent (on her mother’s side).
Lhiats,
Jack