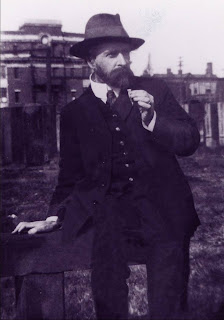 A recent innovation has been to move their online purchasing to Connect2Charity with the security of global payments bringing confidence to interested purchasers.

But the highlight for many has been the presentation of the Arts Awards, giving the opportunity for many of the society’s members to be more involved in society activities, including acting as judges at exhibitions in Manx secondary schools. Twelve Archibald Knox Art Certificates were presented together with £600 in prize money. The society also organised the Norman Sayle prize for art in conjunction with the Isle of Man Post Office at the Isle of Man College, awarding three certificates and prizes of £300.

Expressions of interest have also been invited from artists who may wish to be involved in an exciting project to commemorate Knox at the site of the former family home on Athol Street, Douglas. This exciting development is being progressed in conjunction with the Douglas Development Partnership who will be working closely with the Archibald Knox Society, the Isle of Man Arts Council, Dixcart Management (IOM) Limited and Douglas Borough Council. It is hoped that the winning design will give further recognition to the work of Knox and his association with the town of Douglas.

Meanwhile on the 23rd June noted auctioneers Woolley & Wallis will be selling a number of items made by Knox at their Salisbury salerooms. A diverse range of objects they form part of a collection belonging to the late Barbara Morris, author, collector and socialist who helped organise the seminal centenary Liberty exhibition at the Victoria and Albert Museum in London in 1975, and wrote the first reference work on ‘Liberty Design’.