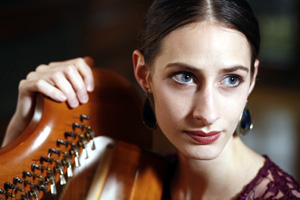 Lily Neill just finished a few concerts in Dublin and will be performing one concert in the U.S. on August 6th as part of the Swift Run House Concert Series (Faifax Station, VA).  This is her only U.S. appearance this season and the performance is expected to sell out, so please reserve your place soon in order to avoid disappointment.  The performance will also celebrate the release of Lily’s new CD – it’s going to be the first time she has it with her in the U.S.!

Visit http://www.SwiftRunCelticConcerts.com/ to reserve your place for this performance.
Lily will also be featured in the upcoming edition of Irish Music Magazine, out on August 1st.  Her CD, “The Habit of a Foreign Sky” has continued to receive rave reviews – the latest can be found online here, http://my.liveireland.com/profiles/blog/show?id=957489%3ABlogPost%3A213094&commentId=957489%3AComment%3A214386&xg_source=activity and in fRoots, which writes, “ […] a sparkling and delightful album of superb music from start to finish and well worth seeking out”.
Following her performance in Virginia, Lily will be on the road again in Finland, Russia, the United Kingdom, Lithuania… life as usual!