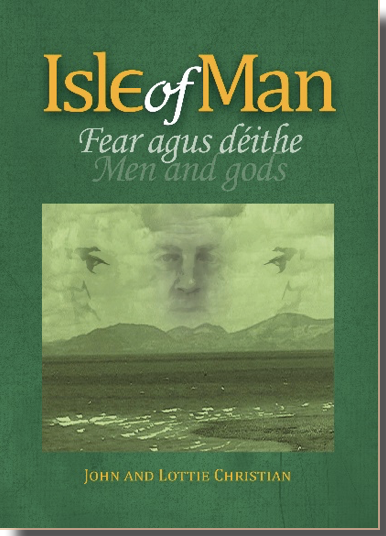 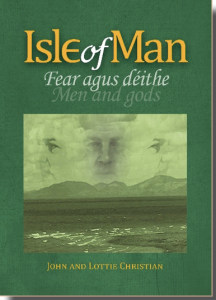 A fictional novel, written by John and Lottie Christian

Cincinnati residents, John and Lottie Christian, recently donated copies of their new novel, Isle of Man – Fear agus deithe (Men and Gods), to the Irish Heritage Center of Cincinnati. Their novel is already part of the Henry Bloom Noble public library collection in Douglas, Isle of Man, and is sold in bookshops across the Island.

Isle of Man – Fear agus deithe (Men and Gods)combines two fictional stories into a single work, mixing medieval Manx with modern times. This is an intriguing philosophical novel about tenacity, resilience, vengeance, and empathy of humankind in an ever-changing world—and how political and religious revisionism may have affected and influenced civilizations throughout the ages.

The two stories intertwine, addressing man’s feeling of resentment and isolation when faced with life changing events, causing him to feel he is an island unto himself; creating a literary double entendre. Both stories contain vivid dream sequences and poetry allowing for multiple interpretations of meaning. In the end, the human spirit is enriched despite dire circumstances. The combination of these two stories will captivate the reader’s imagination, showing how love and understanding can transcend the hands of time.

The novel represents years of research into Island history, customs, culture, language, and folklore of the Isle of Man, and was designed and written for the reader. Copies can be purchased at The Booksellers on Fountain Square, 505 Vine St, Cincinnati, or online from Lily Publications Limited(info@lilypublications.co.uk), PO Box 33, Ramsey, Isle of Man, British Isles, IM99 4LP.