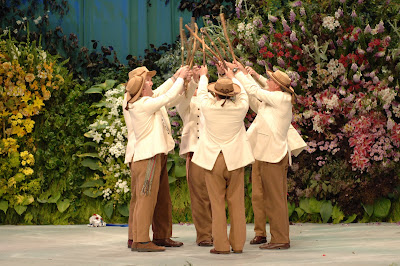 During the past 40 years the Lorient Inter-Celtic Festival, based in Brittany, has evolved into a powerful centre of creativity and a showcase for the Celtic world’s most talented singers, dancers and musicians, including those from the Isle of Man. 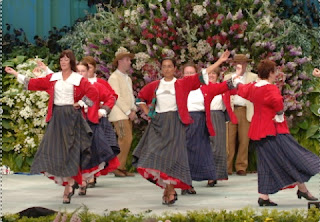 Migration and globalisation have left their mark on contemporary society, but the resilience of Celtic culture pulsates strongly within the heart of the Lorient festival. Born from the desire to contribute to the development of Breton music, the festival also became an active stage for the remaining Celtic nations situated in the British Isles and Northern Spain. Viewed as both a driving force and a creator the festival transcends all borders, cleverly retaining modernity without losing its soul. 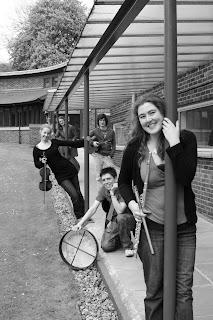 Brimming with innovation the Lorient Inter-Celtic Festival comes alive for ten days of festivities, with the arrival of scores of journalists and other media representatives with a potential 500,000 – 800,000 visitors flocking to this historical city. It’s an ideal opportunity to convey the advantages of visiting the Isle of Man and discovering our unique traditions, good food and beautiful countryside.
The Manx representation at this year’s event will be the largest to date with dancers, musicians and a special Manx Pavilion offering a rich platter of local produce, including queenies, kippers, crab and cheese, washed down with a choice of Bushys Ale, Manx Spirit, or Celtic Mist. Team Isle of Man will be on hand to promote the Island’s own Celtic link to cultural visitors with custom made packages from Douglas based Regency Travel.
Laurence Skelly of Destination Isle of Man Limited commented, “Our new-look professional approach to this event will raise the Isle of Man’s profile to promote more effectively via our strong Celtic connection. It’s a major event in the Celtic calendar with over 500,000 visitors, including diplomats and journalists from around the world, and gives the Island a unique opportunity to promote itself. We aim to expand our interests from cultural tourism to business opportunities and this provides a perfect platform to target this supportive audience”.
Isle of Man Official Delegate to the festival, Aalish Maddrell, has been busy organising groups of Manx traditional dancers and musicians for the festival. They will be rubbing shoulders with a vast array of Breton musicians and others with a variety of musical genres, including one of Australia’s biggest Celtic rock bands, a fusion of Asturian and Chilean folk music, a melting pot of African, Indian and Breton traditions from Réunion Island and a Mexican Pipe Band!
But the picture wouldn’t be complete without the valuable contribution of Manx traditional dance group ‘Perree Bane’ and talented young musicians ‘Nish as Rish’.
Formed in 1982 ‘Perree Bane’ is now based in Ballasalla, with their colourful and striking costumes provoking much attention at Island events, not least because of the women’s distinctive red jackets worn over a striped, woollen skirt copied from a typical hand woven pattern from the early nineteenth century. Well established within the Manx community, ‘Perree Bane’ (Manx for white jacket) promotes both music and dance both at home and abroad and last represented the Isle of Man at Lorient in 1986.
Representing the Island for the first time at Lorient, where they will launch their first CD, ‘Nish as Rish’ (Manx for ‘now and again’) came together while studying music at the University of York, and will perform a mixture of Manx and original material. Hailing from the Isle of Man, Scotland and England, this multi-cultural group show diversity in not only their roots, but their outlook; drawing inspiration from a variety of musical styles to produce a rich combination of both traditional Celtic and contemporary folk music. Well established on the music scene they have appeared as Young Musicians in Residence at the 2009 Harrogate International Festival, featured in the 2010 Sir Jack Lyons Showcase Concert at the University of York, and invited to perform at the 2010 Yn Chruinnaght Inter-Celtic Festival.
www.festival-interceltique.com
www.myspace.com/nishasrish
www.manxmusic.com (Perree Bane)
Valerie Caine © August 2011 (Courtesy of Manx Tails)