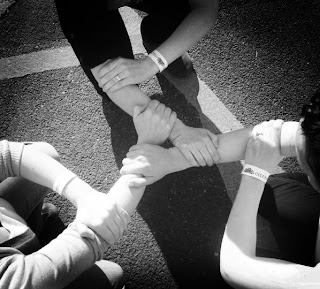 It is often suggested that Cornwall and the Isle of Man have much in common when comparing dramatic and beautiful scenery, with some of the Cornish fishing ports used to good affect when filming Manx based stories. But this is not the only thing they have in common. As Celtic cousins we share a number of similarities, including a love of language and a desire for the continuity of a distinctive culture. 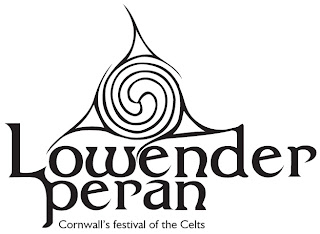 During the summer season the delightful village of Perranporth is a Mecca for surfers, snorkelers and sailors in search of adventure and excitement, with three miles of soft, sandy beach to explore from Droskyn Point to Penhale Sands gently caressed by the surf of the Atlantic Ocean.

Perranporth also lays claim to being the arrival point of St. Piran, the patron saint of Cornwall. Local legend suggests he was fond of the odd snifter, but still managed to outlive his contemporaries by an astonishing margin. Hundreds of people assemble in pilgrimage each year at the site of his oratory, preserved in the sand dunes, on St. Piran’s Day in celebration of the Patron Saint of Tinners (tin miners).

But its laid back attitude takes on a subtle change during the month of October when representatives of all the Celtic nations descend on the Ponsmere Hotel for an end of year gathering.

The ‘Lowender Peran’ festival grew from the enthusiasm of one woman providing an opportunity for pageant, colour and the expression of identity through the medium of costume and tradition with subtle changes to the festival programme over the years. A shift of emphasis in recent times has led to the creation of ‘An Daras Cornish Folk Arts Project’ in 2003, and the inclusion of events covering dialect, verbal arts, costume, Cornish history and folklore, with a colourful and vibrant Celtic Market. Welcoming people of all ages for a five day feast of fun and frenzy during mid October there will be a chance to meet some of the visiting groups on an informal basis, or join in one of the many Cornish troyls – an evening of music, song and dance.

Although the nucleus of the event remains in Perranporth participants will also entertain shoppers and visitors in the busy nearby city of Truro, which boasts a selection of artisan shops, exciting markets and chic places to eat.

Manx representatives have been welcomed to the picturesque seaside resort of Perranporth for over thirty years and during that time have established many long term friendships. This year the Isle of Man will be represented by a group of enthusiastic musicians and dancers travelling to the festival under the banner of ‘The Manx’. Including dancers from a cross section of locally based groups they will come together to create lively and informal performances in a variety of venues in the locality. Their costumes will deliberately express simplicity of style and manner with members of local traditional bands ‘King Chiaullee’ and ‘The Reeling Stones’ providing musical accompaniment.