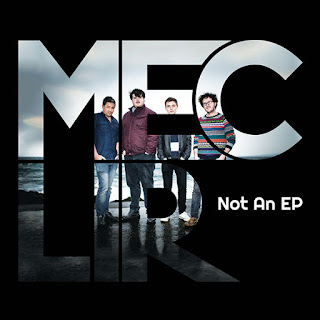 Local trad band Mec Lir made history recently, when they became the first Manx group to represent the Isle of Man at what has become known as one of Canada’s premiere musical events.

Musicians David Kilgallon, Tomas Callister, Adam Rhodes and Greg Barry have brought a new, contemporary feel to Manx traditional music, providing a ground-breaking mix of dance tunes with an upbeat tempo which has attracted a legion of new fans and generated much interest off-Island.
The Celtic Colours International Festival is recognised as a cultural highlight of Nova Scotia’s annual calendar, and has been successful in extending Cape Breton Island’s tourism season.
It’s home to a unique combination of music and culture, following the settlement of immigrants from France, Scotland and Ireland, but additionally influenced by the Aboriginal Mi’kmaq people, its geography and social isolation.
Members of Mec Lir quickly recognised an affinity with the Isle of Man as the community came together to provide a rich experience of a living culture for festival-goers.
Keyboard and fiddle player David Kilgallon remarked, “The concerts were always sold out, and not surprising really, since there’s such strong support for what heritage is there, and of course the interest of seeing the first band from the Isle of Man. The festival is very community based, with little over 150,000 people living on Cape Breton Island. We were cooked dinner each day by volunteers, but also hit Thanksgiving whilst we were there, so had lots of turkey dinners!”
With dozens of concerts held across the Island, workshops, an extensive line-up of community events and a nightly Festival Club at the Gaelic College in St Ann’s, the fabulous Celtic Colours Festival has grown rapidly since its inception in 1997.
Mec Lir played a number of gigs at the festival (often closing the night off) with Tomas Callister providing nuggets of information about the Isle of Man. One highlight was a session on stage with a duo from Newfoundland on the penultimate night. 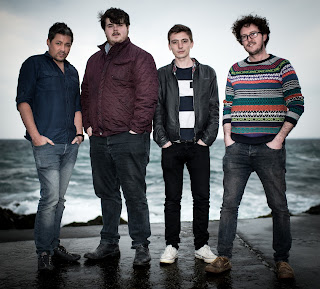 David commented, “The Festival Club was the heart of the fest and usually sold out too. In the Festival Club we mixed with some world class musicians who were also playing at the festival, which led to many impromptu sessions which went on till at least six in the morning!”
Another highlight of the festival for the Manx band was playing for the local school in Baddeck, where children were invited to learn how to sing Hunt the Wren. In appreciation of their visit, members of Mec Lir were each presented with a Baddeck Academy scarf.
The award-winning festival provides an ambitious schedule, allowing both visitors and residents to pursue a hands-on experience through a wide selection of presentations, demonstrations and lectures. This extends to visual art presentations, outdoor walks and bicycle tours to take advantage of Cape Breton Island’s spectacular scenery.
(Photos courtesy of Phil Kneen)