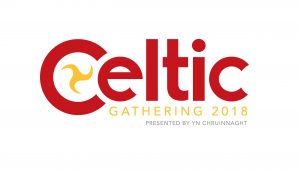 Yn Chruinnaght celebrates its fortieth anniversary this year and organisers are inviting everyone to come and mark the occasion at various venues in Peel, alongside a line-up of some of the best performers of Celtic music, song and dance, both at home and abroad.

The opening night at the Centenary Centre kicks off with a concert including several Manx winners of this year’s BBC Radio 2 Folk Awards. This was a pivotal moment for local, traditional musicians, whose outstanding talent was publicly acknowledged outside of the Island, leading to a greater awareness on the world stage. It will include harpist Mera Royle and Ímar featuring local boys Adam Rhodes and Tom Callister, as well as fellow band member Mohsen Amini, who was crowned Musician of the Year.

But there’s a coup here for music lovers, with confirmation that Irish music superstars Altan will close the festival with a special concert to celebrate more than thirty years in the music industry.

Sandwiched between these events will be a steady stream of top-flight performers from Ireland, Scotland, Wales and Brittany, along with an extensive variety of local groups. It’s a great opportunity to experience the diversity of music that the Island has to offer, including the Manx Gaelic gypsy/jazz fusion of Clash Vooar, talented siblings The Lawrences and an inter-Celtic duo combining the talents of Ruth Keggin and Malcolm Stitt. 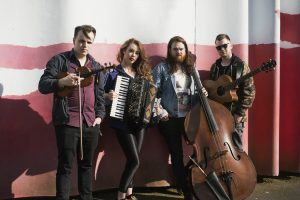 A packed programme of events, centred largely around Peel, also includes outdoor performances from both local and visiting groups, family-friendly ceilis (featuring Breton group Glaou and a Welsh contingent led by Ceri Evans) and a weekend gathering of free entertainment, sessions, workshops, crafts and children’s activities based at the House of Manannan. Additionally, there will be several lunchtime gigs at Noa Bakehouse in Douglas.

And there will also be two days of educational concerts in the Centenary Centre as part of their packed schedule, which it’s hoped will inspire eight hundred local school children to learn more about the Island’s traditional music scene.

Yn Chruinnaght (The Gathering), founded in Ramsey by Mona Douglas in 1978, is a volunteer led/not-for-profit organisation, which is recognised as one of the longest-running Celtic festivals in the world. 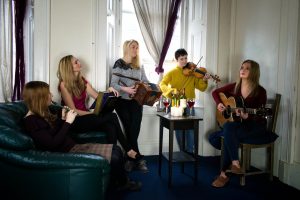 Concert tickets for the festival (11th – 15th July) are available now from Celtic Gold, the Centenary Centre, or the festival office, including a special online only all concert festival pass and a family ceili weekend pass.

Organisers of the festival would like to thank Culture Vannin, the Isle of Man Arts Council, Year of Our Island 2018, Culture Ireland, Thornton Associates, the Scott Dickinson Charitable Trust for their sponsorship and Manx National Heritage, Department of Education, Sport and Culture, Peel Town Commissioners, Department of Enterprise and Noa Bakehouse for their support.

Keep up to date with what’s happening with Yn Chruinnaght on Facebook and Twitter and buy tickets for events at www.celticgathering.im, or phone the festival office on 07624 302200