The 44th Pan Celtic Festival will be staged in the city of Derry in Northern Ireland for a second successive year this month, which will include a return visit by the Manx quartet Shenn Scoill to contest their unprecedented win in the Pan Celtic International Song Contest last year.

Shenn Scoill (Manx Gaelic for Old School) proved to be a consistent winner at the local event, Arrane son Mannin, held earlier this year at the Masonic Hall in Douglas, when they clinched first place with My Lomarcan dy Feer (I’m Truly Alone). Composed by group members Laura and Dave Rowles, it relates the tragic, but true story, of a Manxman who went off smuggling the day before his wedding. They were joined on stage by Michelle Jamieson (lead vocals) and Fraser Grant (guitar) and hope to bring the trophy home from Ireland for a second time.
Awarded £300 by Culture Vannin, Shenn Scoill will face challenges from musicians representing the other Celtic countries as they battle for the top prize of €1,500.
Additionally, the Pan-Celtic Award for a New Song in Traditional Style was awarded to Sharon Christian for her composition Arrane Cadlee (Lullaby), performed by Clare Kilgallon, and the Pan-Celtic Award for a New song in Traditional Style (runner-up) awarded to Liz Marshall for her composition Mainshter Frank. Inspired by a boat built in Ramsey in 1894 (Master Frank), it was performed by Marlene Hendy and the Kilgallon siblings.
The festival itself is a great opportunity to celebrate the rich, cultural links which tie the Celtic nations together, drawing musicians, singers and dancers to a family-friendly event, which traditionally takes place just after Easter. 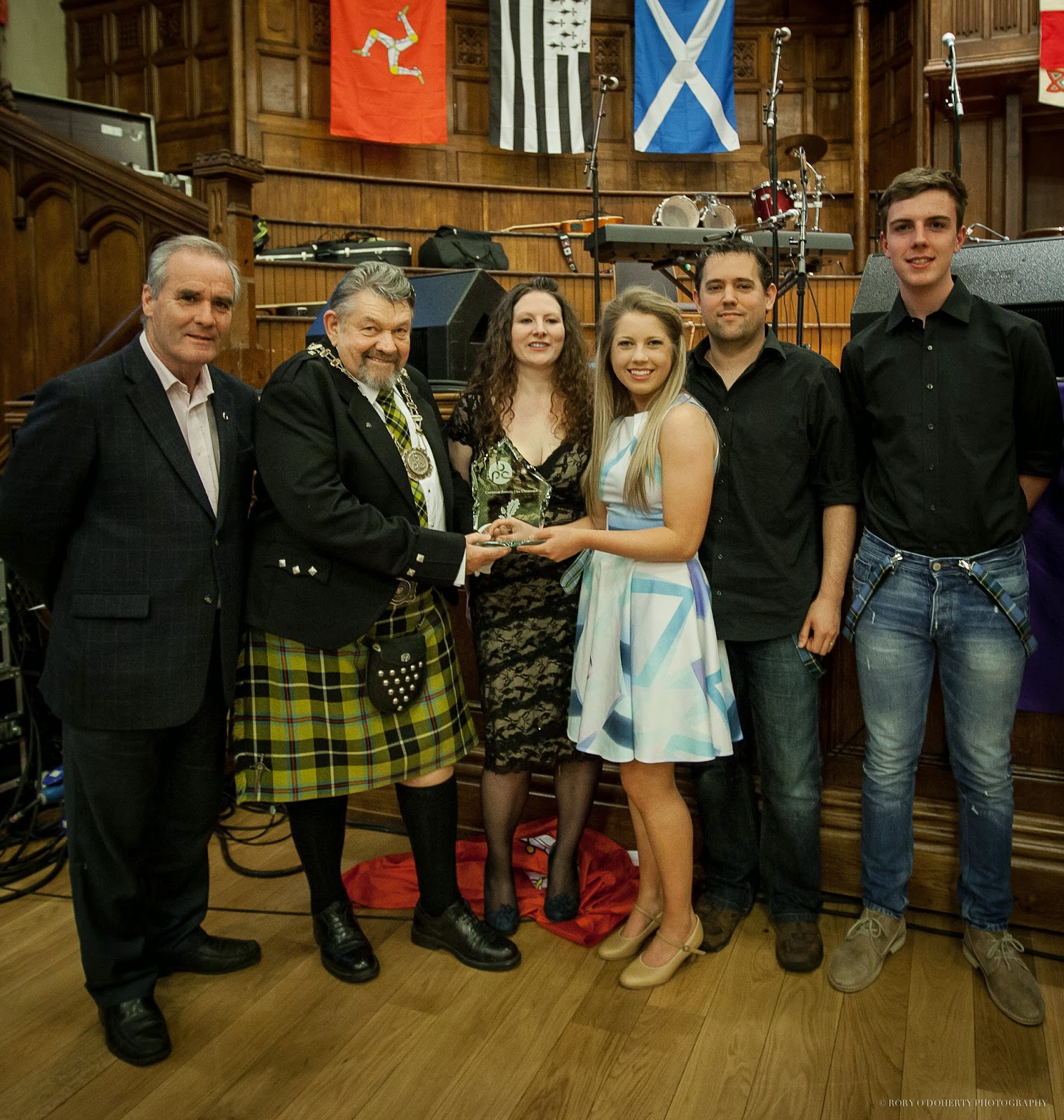 Local group Mec Lir will also be heading over to Ireland to take part in events towards the end of the festival, with their fresh, up-beat performance of Manx music sure to earn them some Irish fans.
With the assistance of the Isle of Man Arts Council, performers journeying from the Island will be kept busy during the Pan Celtic Festival with concerts, ceilis and a variety of competitions which will cover the main areas of music, song and dance. But there’ll also be an opportunity to become involved in workshops, street entertainment, sporting events and a special religious service.
Dominating the north-western landscape of Ireland, astride the waters of the Foyle, the 6th century city of Derry has been affectionately described as an undiscovered gem, attracting an ever increasing international audience.
Derry, designated the first UK City of Culture during 2013, can claim to have the only completely walled city in both Ireland and the British Isles, but it’s also known for its friendliness and hospitality; together with a range of names such as Londonderry, Doire and nowadays ‘Legenderry’.