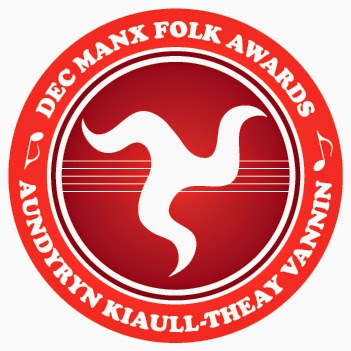 Organised jointly by the Department of Education and Children, Culture Vannin and Manx National Heritage, the Manx Folk Awards replaced the former Cruinnaght Aeg competitions which encouraged many of the Island’s school children to compete creatively in the areas of song, music, dance and recitation.

Held at the Douglas Youth Arts Centre and the nearby Trinity Methodist Church at Rosemount, this popular, annual event is recognised for its informal approach, which sees finalists gathering in the Island’s capital for three days of competitions.
In addition this year is a class for a new song (or new lyrics to a Manx trad tune) or something original in either Manx Gaelic or the English language.
There’s an emphasis on fun and friendliness during this busy three day event, with plenty of assistance in choosing songs, dances or poems for performance, which can be carried over for the Manx Music Festival (aka the Guild) a few weeks later.
Valerie Caine