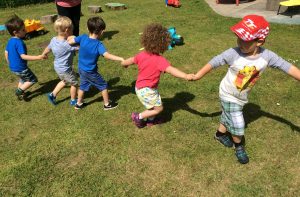 Since its inception in 1996, Mooinjer Veggey (Little People) has been successfully promoting Manx Gaelic, through its network of pre-school groups across the Island and its support of the only Manx language school – Bunscoill Ghaelgagh.

But it now needs your help to raise more money to enable the organisation to fund its goal of training further staff and production of Manx resource material.

Mooinjer Veggey is an educational charity, run by a voluntary committee, with Manx language nurseries established in Braddan and Ballasalla – where children learn the Island’s native tongue through songs and rhymes. Additionally, a Manx language ‘parents and tots’ group (Possan Cloie) meet in St John’s during term time.

The aim of Mooinjer Veggey is to provide an education with, or through the Manx language, giving children an acknowledged advantage of learning a second language at an early age. 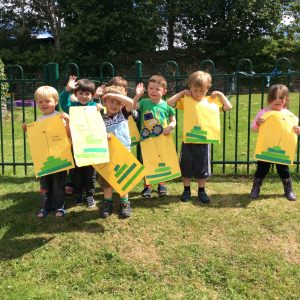 Learning Manx (at any age) helps to create a sense of place and belonging and develop an interest in other languages. It can also be both empowering and exciting, but also fun!

It’s possible to become a member of Caarjyn Vooinjer Veggey (Friends of Mooinjer Veggey) for a minimum donation of £10 per year, which in turn helps to support the vital work undertaken by Mooinjer Veggey itself. Members will also receive regular newsletters, updating them on progress within the group.

Further details about the organisation and how to donate available on their website.