Kelly McCarthy Posted on February 22, 2012 Posted in Uncategorized
Despite motorcycle racing still being a male dominated sport, Manx girl Ali Foster is one of a growing number of women proving that they can cut the mustard when it comes to racing on the many tracks and circuits around the British Isles.
Having completed her second season of club racing, Ali is setting her sights on the 2013 Manx Grand Prix along with her partner, Steven Beale, who also doubles up as her mechanic.
Although not having mastered stripping a bike (a job she leaves to her fiancé) Ali has always been interested in riding motorbikes, which is perhaps somewhat unsurprising as she comes from a family of bikers (her cousin Decca Kelly is a former Manx Grand Prix winner) and has been devoted to the TT since childhood. 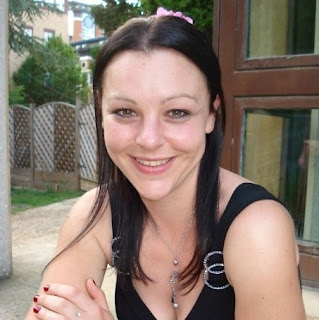 Described as a natural rider, her first outing on the track at Jurby Airfield, in poor weather conditions, did little to inspire Ali by her own admission. Considering how she felt about the sport Ali withdrew for a while, but her circumstances changed in 2007 and with it came the confidence to start racing.  After mastering the Race School at Jurby Ali progressed to gaining experience on the popular track days, held at the Jurby Motodrome, and has never looked back. Entering her first race in 2010 on an SV650 Suzuki, Ali made a promising start, and with it came the realisation that racing was more than a possibility.
Her lap times began to rapidly improve and after finishing third in her class during the annual Endurance Race at Jurby (with James Ford) Ali won her first trophy. 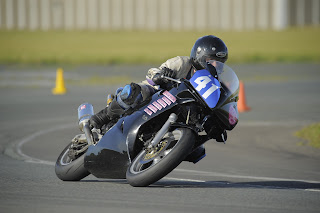 During 2011 Ali finished second in her class in the annual Endurance Race at Jurby (with her cousin Eddie Venn) under the banner ‘Team Yessirs’, and was overall fifth in the 650cc championship, with her lap times showing great promise for the future.
Having now discarded her ‘novice bib’, Ali aims to work methodically towards the allocation of her National Licence and her ultimate goal the Manx Grand Prix. She is now building up her confidence by racing on some of the UK circuits, coming sixth in the Formula Lites at Mallory Park last year before heading for Elvington in Yorkshire. Circuits at Cadwell Park and Anglesey are already in her sights for 2012.
Although there are both drawbacks and compensations in the sport, Ali never loses her bright and infectious smile as she focuses on her goal and heads into this year’s season of racing riding a Kawasaki ER-6. But racing is an expensive sport and a drain on resources, so if anyone is interested in helping with sponsorship Ali would be delighted to hear from you.
http://alifoster.com
Valerie Caine
© February 2012
(Courtesy of Manx Tails)