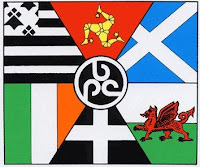 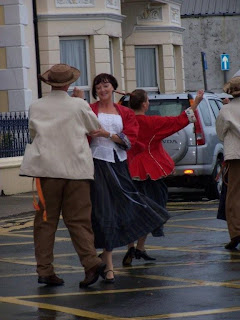 The 39th Pan Celtic Festival will be held this month in the picturesque setting of the Dingle Peninsula in Ireland with a selection of local participants representing the Isle of Man.

This popular festival provides an occasion for ceilidhs, street performances, festival club nights and a colourful parade through the streets of Dingle. An extensive range of events include language classes, music sessions, workshops, lectures and an introduction to the food of West Kerry. There’s also an opportunity to take in Irish Camogie Matches, a round of golf, or attend a Celtic Mass at St. Mary’s Church.

The festival has a strong competitive spirit in relation to both music and dance attracting a lot of attention from both the public and the media.

Manx singing group ‘Falga’ with members from the north and west of the Island will be competing in the Traditional Song Competition and hoping to collect a prize for singing ‘Yllagh Ushlagh’ composed by Breesha Maddrell, in the section for a ‘New Composition in Traditional Mode’.

Chloe Woolley and her husband, guitarist Malcolm Stitt, will also sing and play traditional music during the festival, with Chloe joined by Paul Boulton for some of the adjudication.

But the highlight of the festival is the Pan Celtic Song Contest with the Island represented by ‘Cabbyl Ushtey’, chosen as the winning entry in the annual ‘Arrane son Mannin’ (Song for Mann) at the Manx language festival ‘Cooish’ last November. Winning £250 prize money provided by the Manx Heritage Foundation, Andy North’s composition ‘Roihaghyn ny Marrey’ (Arms of the Sea) was translated into Manx by Chris Sheard.

Meanwhile towards the end of April Manx dance group ‘Perree Bane’ (photo) will be packing their costumes and gorse sticks and heading for an Inter-Celtic festival in Steenvoorde in Northern France.

Situated 15 miles from Dunkirk on the border with Belgium Flemish is still spoken by many of the town’s inhabitants which was once famous for the production of woollen cloth. Nowadays it is home to one of the biggest dairies in France, three windmills and some of the last hop fields in France. Members of the group will also be able to check out Steenvoorde’s traditional candy known as babbelaer.

Steenvoorde is also home to ‘Yan den Houtkapper’ (John the Woodcutter), one of the celebrated traditional European dancing giants.

Costumes, musical instruments and various props will be sent on ahead of the dancers who will sample local hospitality as guests in the homes of others in the region. A total of nine dancers and four musicians, including Tom Callister and Caz Dougherty from ‘The Reeling Stones’, will be flying the Manx flag over an extended festival weekend.

A Celtic camp will be set up for the event with plenty of demonstrations and a special Celtic Market with music and folklore. Highlights for ‘Perree Bane’ will be taking part in the street dancing, annual parade and Grand Concert.