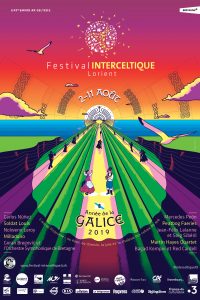 The forty ninth edition of the Lorient Interceltique Festival will this year focus on celebrating the region of Galicia, recognised for its language, culture and traditions, with a strong Manx contingent alongside during the ten day event.

Holding a population of almost two million people, Galicia, situated on the Atlantic coast, is surrounded by the Principality of Asturias, Castilla y León and Portugal, but has preserved its language, culture and traditions. The music, song and dance of this region has long been established at the Lorient Interceltique Festival, but so too has the famous Galician gastronomy, which can be savoured at the Pavilion Galicien. 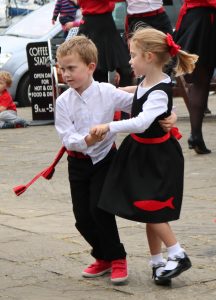 One of Galicia’s most famous musical exports, Carlos Nunez, who will be performing in Lorient, is a multi-instrumentalist who plays the gaita, the traditional Galician bagpipe, Galician flute, ocarina, Irish flute, whistle and low whistle, previously performed on the Isle of Man.

But you can also sample performances from other Celtic nations, including the Isle of Man, with presentations from the highly regarded Mollag Band, producing original songs in Manx and English and an up-and-coming group of dancers known as Skeddan Jiarg, who have developed a growing reputation for introducing young children to Manx dancing. Additionally, there will be the Mera Royle Trio (including Owen Williams and Raygie Dolloso), artwork by Julia Ashby-Smyth and an opportunity to sample Fynodoree Gin. Here too will be the popular Manx Pavilion on the Quai des Pays Celtes, supported by Culture Vannin, Visit Isle of Man and the Isle of Man Arts Council and the premiere of a new documentary about Mera, produced by local young film-makers, Dark Avenue, at a CineFIL events. 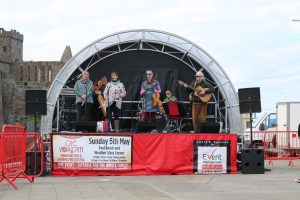 Recognised as one of the thirteen most important festivals in Europe by the European Commission in 1996, it’s an extravaganza of Celtic culture, with an extensive programme of concerts, shows, parades, literary meetings, sports events, gastronomic tastings and exhibitions of contemporary arts and crafts. More than seven hundred thousand festival-goers gather each year in the streets of Lorient to immerse themselves in Celtic culture from Scotland, Wales, Brittany, Acadia, Asturias, Cornwall, Galicia, Ireland and, of course, the Isle of Man. The Celtic Diaspora also draws performers from Australia, New Zealand and Argentina. 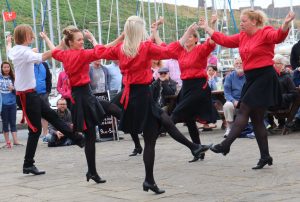 Festival Director, Lisardo Lombardia, said, “I am working with the festival’s values, the identity of each Celtic nation, but also with an open mind, constantly searching for contemporary perspectives.”

With over four thousand artists, twelve stages, two hundred concerts and shows, and almost two thousand volunteers to co-ordinate, the festival has become a hub of cultural exchange with huge potential for Manx tourism, where those supporting the event discover the value of sharing and conviviality.