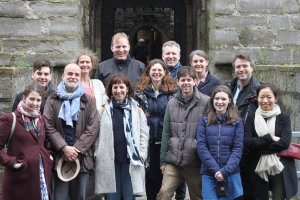 A unique collaboration between some of the brightest talent from the Royal College of Music and the Ensemble Émigré, professional soloists and a selection of young performers from the Isle of Man, highlighted an important aspect of internment on the Island during World War II and broke new ground during the proc 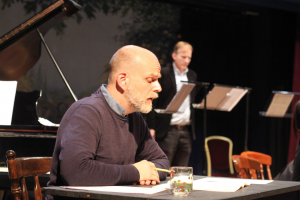 With performances at The Studio Theatre in Ballakermeen High School and the Erin Arts Centre, local audiences were treated to a fabulous presentation of music composed by internees housed in various camps across the Island.

The concert was initially staged in The Liberal Jewish Synagogue in London earlier this year under the title of The Barbed Lyre – Leaves from the Isle of Man, incorporating a rich variety of music composed by German and Austrian refugees.

It was a stunning performance from a group of twelve singers and instrumentalists led by Norbert Meyn. They also managed to include some sightseeing and school workshops, which attracted more than one hundred students, following which four young performers from Ramsey Grammar School were included with the visiting group’s second presentation at Ballakermeen High School. 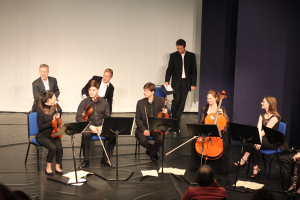 What a Life! – Music from the World War II Isle of Man Internment Camps, each musical item was interspersed with information about some of the internees, or their diary entries. Such detail provided an insight into the lives of thousands of men and women who were suddenly thrust into the spotlight and branded as ‘enemy aliens’.

The Isle of Man inadvertently became, as broadcaster Andrew Marr observed, ‘one of the great centres of European intellectual life’, which was reflected in these rare performances. A selection of masterpieces included a superb arrangement of the highly expressive Ur 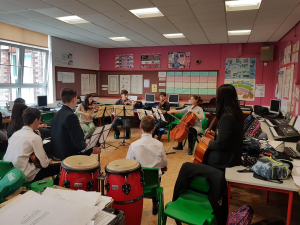 sonate by the Dadaist artist Kurt Schwitters, and work by Peter Gellhorn, who composed a piece of work called The Cats and another entitled Mooragh. Other work at the concerts included that of Hans Gál who composed the music for a bi-lingual camp revue entitled What a Life! within a matter of weeks, for the most part from his camp hospital bed.

Their music was interspersed with a selection of Manx compositions which included Has Anybody Here Seen Kelly, I’m a Native of Peel and dance tunes by W. H. Gill.

As well as filming a performance of Mooragh in Ramsey Town Hall, Culture Vannin also filmed Norbert Me 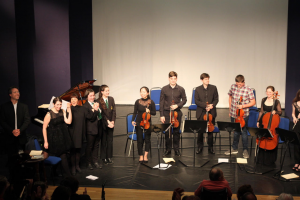 yn and the String Quartet performing some of Peter Gellhorn’s music inside one of the apartments on Mooragh Promenade which formed part of the Mooragh Camp, where he was interned. It was fitting that Barbara Gellhorn, his daughter, was able to be present at this event. This will shortly be available at www.culturevannin.im.

An article highlighting the project was published on the international news site Deutsche Welle.

The project was supported by the Isle of Man Arts Council, Culture Vannin and the Malcolm Scott Dickinson Charitable Trust.