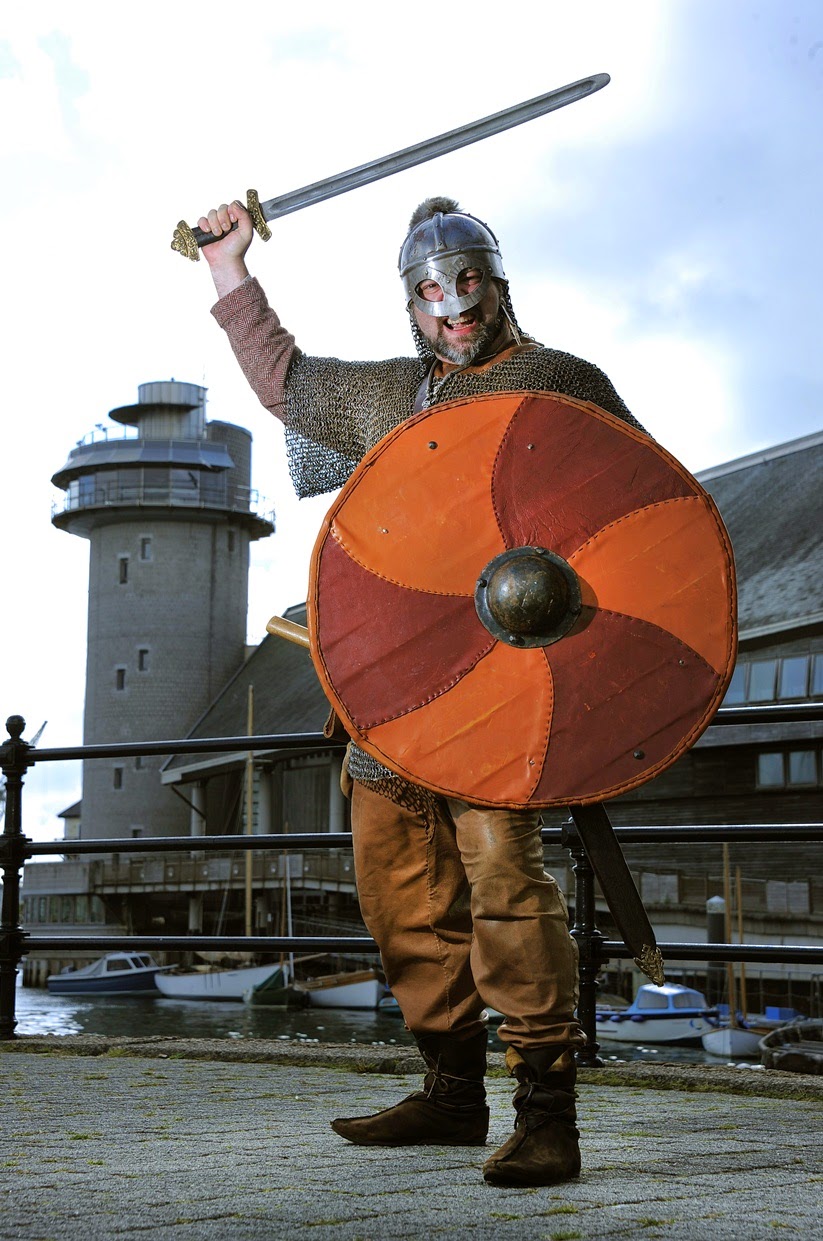 Manx National Heritage is loaning some of the Isle of Man’s Viking artefacts for a major exhibition, called Viking Voyagers, at the National Maritime Museum Cornwall. Parts of a Viking sword, glass beads, bronze pins and iron nails from a Viking ship burial are amongst the items that will be loaned from the Manx National collections.
The exhibition, which opens on the 20th March 2015, features nationally and internationally historically significant items. The two year exhibition aims to show how the Vikings were a maritime culture rather than an ethnic group.  It explores what is behind the popular myth of the bloodthirsty raiders, what it meant to be a Viking and shows how their mastery of maritime technology was the secret to their success.
Institutional and lending partners include the British Museum, National Museum of Ireland, National Museum of Denmark as well as Manx National Heritage and the exhibition curators have assembled a stunning collection which will show a culture that enjoyed ostentation and hierarchy as well as ritual, religion and the simplicity of family life.   These archaeological finds, which are over 1000 years old, include weaponry, jewellery, household implements, slave chains and coins, showing the global reach of the Vikings and their ships.
Allison Fox, Archaeology Curator, Manx National Heritage, commented:
“Manx National Heritage is pleased to support the National Maritime Museum Cornwall in their forthcoming exhibition, Viking Voyagers.  Many wonderful Viking Age artefacts have been discovered over the years on the Isle of Man through archaeological excavation and metal detecting and thanks to the generosity of the finders and landowners, many have been donated to the National collections.  The Manx Viking artefacts travelling to Falmouth will help tell the story of who the Vikings were and how they managed to colonise such a large swathe of Europe.  The Isle of Man became a central part of Viking territory and subsequently the seat of power to the Kingdom of Man and the Isles and as a result, there is plenty of evidence of the Vikings on the Island.”
Edmund Southworth, Director, Manx National Heritage, commented:
“Viking Age artefacts from the Isle of Man have been displayed most recently at Jorvik, York and the British Museum, London and this latest partnership between the Isle of Man and the National Maritime Museum is an exciting new one between two places with such important maritime heritage. By loaning these treasures from our archive we are not only helping the museum to narrate a more comprehensive story but also creating a marketing opportunity for the Isle of Man, its heritage and culture as well as building strong strategic links with the region.”
Richard Doughty, Director of National Maritime Museum Cornwall says:
“The Museum’s legacy of award winning work has now afforded us the opportunity to access national and international collections, securing loans with major partner Museums such as Manx National Heritage, and offering Cornwall and the South West a unique first in being able to see these items outside of these national and international institutions.”
Viking Voyagers runs from 20 March 2015 to 22 February 2017.