Kelly McCarthy Posted on January 22, 2015 Posted in Uncategorized
I wonder if the North American Manx Association members who visited the Nautical Museum will be among the very last to enjoy the guided tour by National Treasure Billy Stowell, that allowed us to see the secret trapdoor being slid away from the seating in the parlor? I’m sure it’ll be a very special memory to all of us who did. 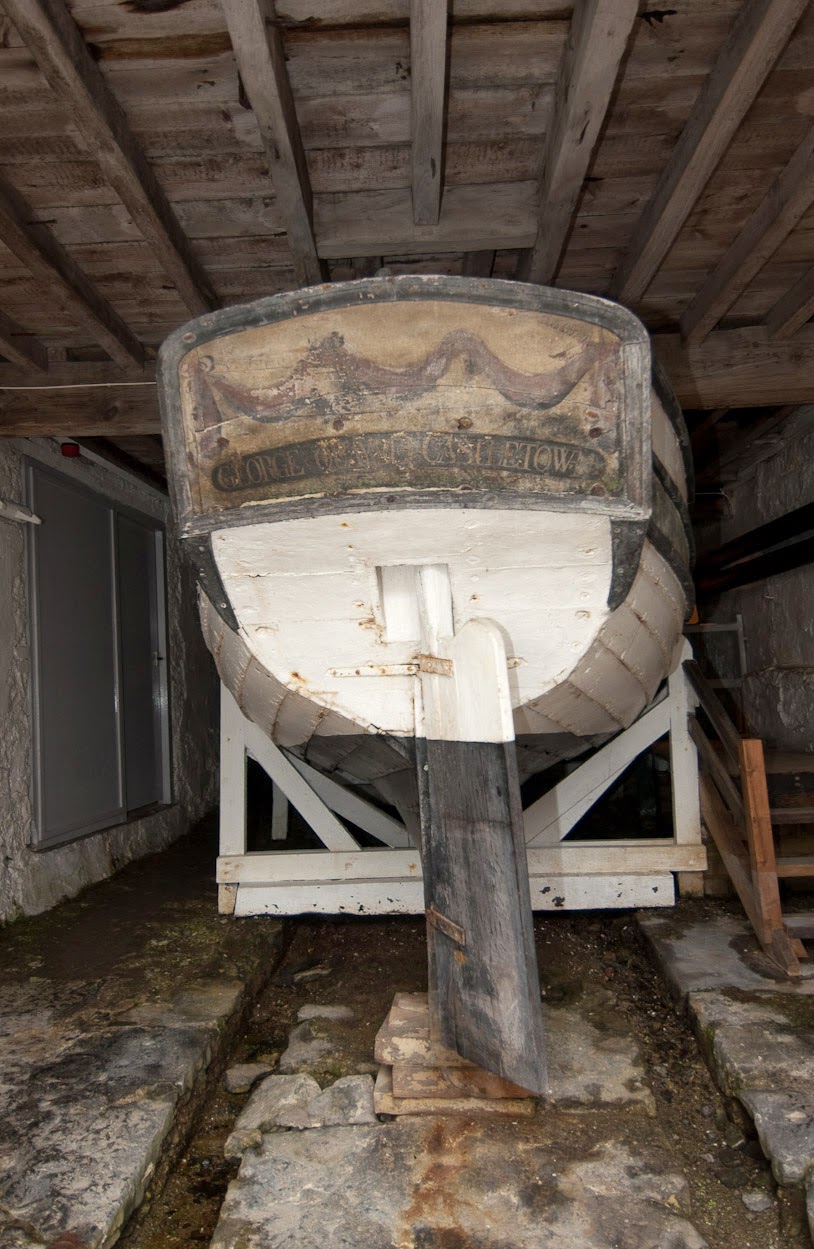 Manx National Heritage, the organisation responsible for protecting and promoting the Isle of Man’s heritage and culture, is making the final preparations to move the ‘Peggy’, the earliest example of a British yacht, and the only surviving shallop*, from her cellar within the Nautical Museum in Castletown.
The Peggy was ‘rediscovered’ in the 1930’s, entombed in her original boat cellar, where she had lain for over a century since the death of her owner George Quayle.  She was built in 1791 and was fitted with sliding keels, one of only a few with this eighteenth century innovation.
The boat is currently scheduled to be lifted by cradle and then crane on 28th January. She will be transported to the climate-controlled conservation facility in Douglas that was recently purchased by the Manx Museum and National Trust using their charitable funds.  Once there, the Peggy will be stabilised, examined and conserved. Manx National Heritage will post updates of the project’s progress on its official Facebook page throughout the day.
Christopher Weeks, Objects Conservator, Manx National Heritage, commented:
“Peggy requires urgent conservation work.  The humidity of the new surroundings has to be lowered carefully in order to retard the corrosion of her iron fittings without damaging her timbers.  At the same time preservation work on her painted surfaces will also commence.”
He continued:
“However, this complex conservation project is in its earliest stages. We can’t be specific about exactly what we need to do, or a timescale, until we can properly assess the boat’s condition in a secure environment. The ‘Peggy’ is one of the most important historic artefacts in the British Isles and we are looking to conserve her, create a suitable environment in which to house her and to tell her story for future generations.”
Once Peggy is removed, the Nautical Museum will also undergo partial redevelopment and refurbishment to improve the entrance and shop area with a new ‘Quayle Gallery’ telling more of the personal story of George Quayle and his family as well as the Peggy.
Recent archaeological investigation and archival research has established that the site was home to possibly the earliest slipway in the British Isles, and that Quayle subsequently replaced this with a unique private dock, which acted as a sea lock. Exhibits will include a number of recent finds from the 2014 excavations including a leather pistol holster, a flintlock pistol mechanism, some coconut shell drinking cups and what is believed to be an eighteenth century microscope.
The Nautical Museum will reopen to the public in May 2015 following completion of the improvement works and the gallery refresh.
-ENDS-
Notes to editors:
*A shallop was a light boat used for rowing or sailing in shallow water, typical of the 17th and 18th century