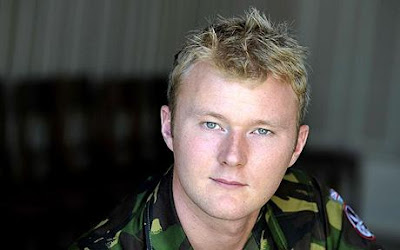 Bravery story from the IOM in The Daily Telegraph.

Lieutenant James Adamson, who is from the Isle of Man, was awarded the Military Cross after killing two insurgents during close quarter combat in Helmand’s notorious “Green Zone”.

The 24-year-old officer, a member of the 5th battalion The Royal Regiment of Scotland, revealed that he shouted “have some of this” before shooting dead a gunman who had just emerged from a maize field.

In a graphic description of the intense fighting in Helmand, the officer told of the moment killed the second fighter. He said: “It was a split second decision.

“I either wasted vital seconds changing the magazine on my rifle or went over the top and did it more quickly with the bayonet. “I took the second option. I jumped up over the bank of the river. He was just over the other side, almost touching distance. “We caught each other’s eye as I went towards him but by then, for him, it was too late. There was no inner monologue going on in my head I was just reacting in the way that I was trained.