After the Island’s phenomenal success at last year’s Lorient Inter-Celtic Festival, which put the Isle of Man firmly on the map for hundreds of thousands of visitors to the event, Manx officials and entertainers will be mixing with their antipodean cousins at the start of this month.

It has been ten years since Australia was designated as the honoured country, but with substantial emigration from countries such as Scotland, Ireland and the I 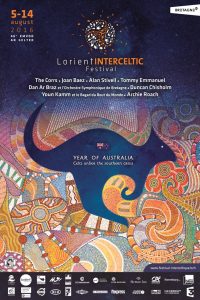 sle of Man, approximately half of its population can lay claim to Celtic roots.

Independent of Britain since 1901, Australia has become home to one of the largest Celtic Diasporas in the world, leading to a multi-cultural, cosmopolitan society, incorporating not only newcomers to its shores but the Aboriginal tribes.

The festival itself first appeared in 1971 under the title of the Festival des Cornemuses (Bagpipes Festival), offering a diverse programme of music and entertainment during a six day event, but in 1976 this was changed to the Lorient Inter-Celtic Festival (FIL). And although the various Celtic traditions and cultures still form the cornerstone of the event, organisers are also open to change, cross-fertilisation and evolution of the event; with an eye fixed resolutely on its future.

Manx performers this year will be the successful Mec Lir, dancers Ny Manninee (accompanied musically by Birlinn Jiarg) and local singer/songwriter Matt Creer, complemented by a Manx Pavilion offering a selection of items which will be organised by Peter Young. 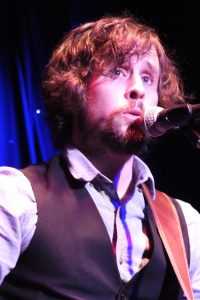 They will be rubbing shoulders at this inter-cultural exchange with internationally known artists such as Joan Baez, The Corrs and the undisputed master of Celtic music Alan Stivell. A number of Australian entertainers will include singer, composer and guitarist Archie Roach, who is also recognised as a symbol of the fight against discrimination of the Aboriginal people.

This year’s festival will follow a tried and tested format, allowing visitors the opportunity of sampling the diversity of a contemporary, Celtic scene, but will also celebrate three major events. The first celebration is in respect of the seventieth anniversary of the founding of Sonnerion, an organisation which has been working to uphold Breton music and encourage musical creativity. Addition 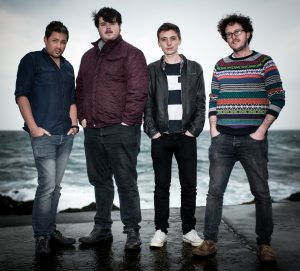 ally, organisers will pay homage to the centenary of the Easter Rising in Ireland with a concert entitled 1916:Visionaries and their Works. Closer to home, the festival will also celebrate the three hundred and fiftieth anniversary of the birth of Lorient, which grew around the East India Company and was named after one of the first ships to be built in the company’s shipyards – Le Soleil d’Orient.

Affectionately known as the ‘inter-Celtic capital’, the event attracts three quarters of a million visitors annually, has been recognised as France’s biggest festival and has recently been awarded the prize of Best French Urban Festival for the second consecutive year.