Manx Singers and Musicians Head for Pastures Old and New

No matter what the temperature might be on the Isle of Man, things are hotting up for Manx music this month, with many singers and musicians heading for pastures old and new – together with a special weekend for harp players.

Trad bands Mec Lir and Ímar will be travelling to the Shetland Folk Festival, which prides itself in reaching even the most far flung regions of the islands, providing some of the best international, British and Shetland music. Regarded as the UK’s most northerly folk festival, its hub is based firmly in Lerwick, culminating in the celebrated Foy concerts, which provide audiences with the opportunity of enjoying virtually all of the visiting performers in just one evening. Why not join them at the festival’s unofficial opening – held on the overnight North Sea ferry! 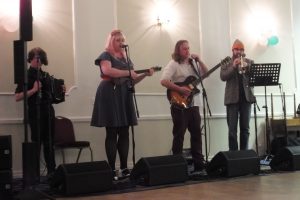 Meanwhile Ímar will be heading to the Centenary Centre in Peel on the 14th April, as they step out on the first date of the band’s UK tour to promote their debut album, Afterlight. Tickets priced £14 available from www.centenarycentre.com.

Also heading out to the Celtic fringe will be the local winners of Arrane son Mannin, who will represent the Isle of Man at the long standing Pan-Celtic Festival, in Carlow, Ireland, together with Clare Kilgallon, this year’s Vice President. Recognised as an opportunity to promote and strengthen the language, culture, music and song of the participating nations, the festival is perfectly placed to encourage inter-Celtic tourism, trade and commer 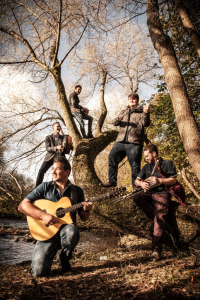 Local group Biskee Brish will represent the Island in the New International Song Competition with their powerful rendition of Nagh Abbyr Shen, and the Matt Creer Band will be competing in the festival’s New Song in Traditional Style Competition with their composition Ny Boallaghyn Shoh. There will also be an opportunity to enjoy Manx music and chat at a lunchtime session and a combined dance night with the Breton and Cornish groups. With thanks to the Isle of Man Arts Council and Culture Vannin for their support.

Closer to home, however, will be a special exchange visit between local harpists Croan yn Tead and visiting group The Lissenhall Harp Ensemble from Ireland. Incorporating a programme of events and cultural activities, a series of harp workshops will be held at The Youth Arts Theatre on Kensington Road in Douglas, with a welcome for both harpists and other traditional musicians. This will also be the venue for an evening concert of Manx and Irish harp music on Easter Saturday. Tickets price 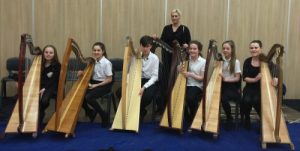 d at £5 (free for those under 13), with further details about all events available from the Croan yn Tead Facebook page.