↓ Skip to Main Content
Home › Uncategorized › MBEs all round!

Kelly McCarthy Posted on June 11, 2011 Posted in Uncategorized
The Isle of Man’s Mark Cavendish has been appointed MBE in the Queen’s Birthday Honours list for his services to British cycling. The 26-year-old, who has won Tour de France stages 15 times, received the Freedom of Douglas in April. 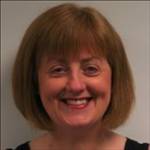 Della Fletcher is Director of External Relations for the Isle of Man Government and as I know from personal experience does a bang up job on behalf of the island.

Enduro champion David Knight was made MBE for services to motorcycling and Carolyn Shipstone works for the national charity, Care for the Family’s Community.
BBC ELLAN VANNIN