Kelly McCarthy Posted on May 6, 2015 Posted in Uncategorized 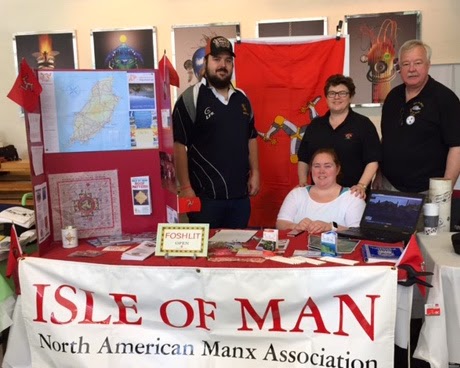 We attended the Montreal Celtic Festival at the weekend and signed up four new members! We are very excited because the new NAMA members seemed very keen to launch a Montreal Manx Society.

In the photo we have our new member John Hislop, whose family hails from Port St. Mary, and NAMA members Kelly & Bill McCarthy (President and Secretary) and Katie Prendergast (2nd Vice President).

The event was a one-off and attended by Montreal groups of Scottish, Irish, Welsh, Cornish and Manx extraction.