More about Gef the Talking Mongoose 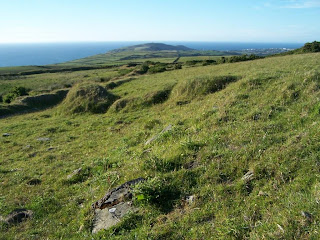 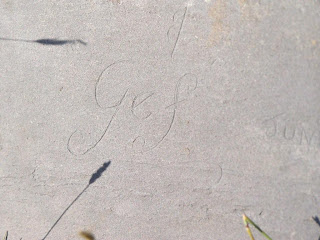 Back in the 1930s Gef the talking mongoose became a star attraction in the west of the Island, giving the Isle of Man some unusual publicity, and although still remembered for his exploits, has now become a figure of amusement. Gef is rarely a topic of conversation these days, but paranormal expert and presenter of TV’s ‘Most Haunted,’ Phil Whyman, has resurrected this unusual story in the July edition of ‘Chat It’s Fate’ magazine.

The story centred on the Irving family, who had bought a remote and lonely farm above Dalby in 1916 called ‘Cashen’s Gap,’ after James Irving’s job disappeared with the outbreak of the First World War. He was an educated man, but clearly not used to the life of a farmer. Gef, who also became known as ‘The Dalby Spook,’ did not appear immediately, and when he did become part of life at ‘Cashen’s Gap’ was initially associated with Irving’s daughter Voirrey. It was considered that she might be attracting poltergeist activity, particularly as Gef would throw objects around at random, but as both her parents became more involved in the saga it was suggested that this could be either a group hallucination, or simply an elaborate hoax. It was also hinted that Gef could have been a split from James Irving’s personality.

Gef was described as an Indian Mongoose and learned how to speak, recite nursery rhymes, converse in various languages and sing such things as the Manx National Anthem, whilst he resided with the Irving family. Curiously, a number of mongeese had been released in the area some years previously to curb the rabbit population. Initially they confessed to being a little afraid of him, and at first Irving tried to kill Gef using a gun and poison, but got used to his ways and befriended him. Despite being quite athletic, Gef described himself as being an octogenarian, was at times very rude and played tricks regularly.

He is reported to have enjoyed listening to gossip in the neighbouring areas and retelling stories back at the farm, was a fussy eater and even inspired a court case involving the BBC. Gef would shout for ”grubbo”’ when he was hungry and was a definite oddity, described as having front paws like human hands. When he had had enough conversation Gef would cry ”vanished” before disappearing!

His sanctum was to be in Voirrey’s bedroom, and many people believed that she was simply acting as a ventriloquist. Voirrey was inevitably taunted by the other school children, and appears to have carried the spectre of Gef throughout her entire life.

Gef’s antics attracted much attention from the press, both locally and further afield and a large number of visitors. One of the most famous of these was psychic investigator Harry Price, who later wrote a book on the subject entitled ‘The Haunting of Cashen’s Gap’ in collaboration with BBC producer R.S.Lambert.

James Irving obsessively kept diary notes of Gef’s activities, which he passed on to Harry Price, but as Voirrey grew older she tired of her friend who now became almost an embarrassment to her. Paw prints and samples of fur reportedly left by Gef remained inconclusive.

The house, now demolished, was set in a lonely, desolate spot with their nearest neighbours residing some distance away. The farm went into serious decline and there was little money for luxuries. Voirrey, who was born in Peel, spent most of her early life in and around the farm. She would walk into Peel to collect household groceries rather than use the bus to save a few pennies. The Irvings kept a few goats and chickens, and relied heavily on the rabbits which Voirrey, and the family dog Mona, frequently killed for their meals.

‘Cashen’s Gap,’ also known as ‘Doarlish Cashen’ and ‘Creggan Ashen,’ already had a spooky reputation before the Irving family took up residence, and was a house of draughts and little natural light. James Irving decided to keep out the wind by cladding the outside walls in cement render and the inside with wood. Trapping air behind the panelling, the house was now insulated from the cruel winds, but this also meant that the whole house now became a speaking tube and a haunt for Gef the talking mongoose.

Despite being offered large sums of money from America, the Irvings made virtually nothing from Gef’s antics, and eventually, after James Irving’s death, Voirrey’s mother, Margaret, sold ‘Cashen’s Gap’ in 1945. Gef, by this time, had also disappeared.

Although she always refused to talk about this period, Voirrey did give a rare interview in 1970, but insisted her whereabouts be kept a closely guarded secret. She confessed that if she and her mother had had their way no one would ever have known about Gef’s existence, but her father over ruled their decision. However, Voirrey still maintained that Gef did exist, although she now hated him and wished he had left them alone.

After the family’s departure from ‘Cashen’s Gap,’ a weasel like animal was snared and killed in the area of the property, but by all accounts this was not Gef!  No one ever quite got to the bottom of this story, and with Voirrey’s reluctance to speak on the subject, the topic was deposited into a dusty archive and virtually forgotten.

Clearly Phil Whyman also has reservations about Gef’s validity, but as we cannot question the principal characters within this tale, the truth may never be known. But, perhaps as Gef said of himself he was simply just “an extra, extra clever little mongoose.”

Valerie Caine, © June 2008 **** Courtesy of Manx Tails. Photos of the site as it is now and a slate from the house inscribed “Gef”.