Kelly McCarthy Posted on January 14, 2013 Posted in Uncategorized
Remember the father in My Big, fat Greek wedding? He would link anything and everything back to his homeland. Well, I do that too. And today on my Facebook feed I saw this photo: 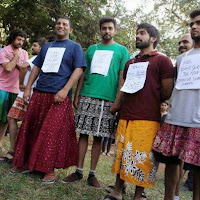 It’s a protest in India to try and get men to see that rape is not the women’s fault. Which is very interesting and about time. But what attracted my attention was the location. Cubbon Park in Bangalore City. Cubbon, huh? That’s a Manx name.
Cut to Google and Wikipedia and the facts therein.
Lieutenant-General Sir Mark Cubbon KCB (23 August 1775 – 23 April 1861) was a British army officer with the East India Company who became the British Commissioner of Mysore state in 1834. He retained this office until 1860. He moved the capital from Mysore to Bangalore, helped reform the finances of Mysore, and created a peaceful and prosperous government. Cubbon Road and Cubbon Park in Bangalore are named for him.
Cubbon was born at the vicarage of Maughold, Isle of Man, the son of Vicar Thomas Cubbon and Margaret Wilks. He arrived in Calcutta in the summer of 1801, as a cadet. He soon gained an appointment to the 2nd Madras Battalion, and in July 1804 to the 2nd Battalion 5th Native Infantry, serving with the Field forces commanded by Col. Chalmers in Travancore. Cubbon had great admiration for the Sepoys and respected their religious views. By 1809 he had secured a civilian appointment in the East India Company’s administration. 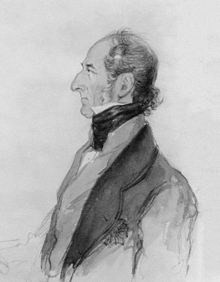 Commissioner of Mysore
In 1827 Cubbon succeeded Sir William Morrison as Commissary-General, and in 1831 served as Commissioner to inquire into the Mysore rebellion. He was appointed Colonel in the same year. In 1834 the Governor-General of India, William Bentinck, in pursuit of fiscal efficiency, appointed Cubbon as Commissioner of Mysore state. Cubbon restructured the government of Mysore, helped reform its finances, and created a peaceful and prosperous state. Cubbon is credited with the construction of over one thousand miles of roads, hundreds of dams, coffee production and improvements in the tax and revenue systems.
In 1859, when orders were issued to transfer the superintendence of Mysore affairs from the Governor-General to the government of Madras, Cubbon submitted his resignation, as he held it to be impolitic and contrary to the declaration made by the Honourable Court of Directors in 1838. The order was withdrawn by the Viceroy, Lord Canning. At the beginning of the next year, however, Cubbon felt compelled to resign owing to ill-health.
Lady Canning left a memoir of Cubbon from his summer home in Nandidroog: I am visiting a charming old General, Sir Mark Cubbon, 1,500 feet above the table-land of Bangalore, and with a view over about 150 miles of country on all sides. It is cool fresh air and a very pleasant spot, and the old gentleman is very delightful. He has been all this century in India, but seems to know all that has gone on all over the world, and is the most grand siegneur old man I almost ever saw.” (The Story of Two Noble Lives, by A. J. C. Hare)
Death and legacy
Cubbon died at Suez 23 April 1861 while returning to England[5] in the company of his physician, Dr. Campbell. Cubbon Road, Cubbonpet and Cubbon Park in Bangalore are named for him. A medallion portrait of Cubbon is found on the ceiling at the west end of the Central Hall in the Karnataka High Court building, while an equestrian statue by Baron Carlo (Charles) Marochetti stands in Cubbon Park before the Karnataka High Court (Attara Katcheri) and the Terrace Garden. The Grammar School of Ramsey and the Cubbon Almshouses are of his foundation.