NAMA Past President calls for review into split from UK 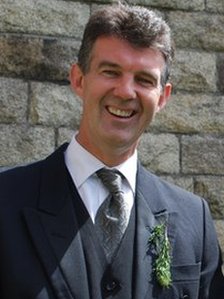 A Manx politician is to call for a “comprehensive and independent” review into the potential benefits of breaking ties with the UK. Rushen MHK Laurence Skelly will table the question before Chief Minister Allan Bell at Tuesday’s sitting of Tynwald. Mr Skelly said: “A fresh look at the pros and cons is long overdue.” Last month Jersey’s Assistant Chief Minister Senator Sir Philip Bailhache said the Channel Island should be ready to become independent from the UK.  Sir Philip’s comments came after the UK government said it was cracking down on tax avoidance. Mr Skelly said: “It is very topical at the moment following the deputy chief minister of Jersey’s comments and it is appropriate to ask the same questions here in the Isle of Man.  “We obviously have a very similar backgrounds and are both Crown dependencies.

‘Meaningful debate’“We also have our neighbours in Scotland talking about independence, so I think it is an appropriate time to ask the question.

“I think we need to review our constitution status and have a look at what the options are.
“I don’t want to go into this with a pre-determined view that one option is better than the other.
“I just want the facts so we can have a meaningful debate and see what is in the best interest of the Isle of Man.”
BBC