Kelly McCarthy Posted on May 10, 2010 Posted in Uncategorized 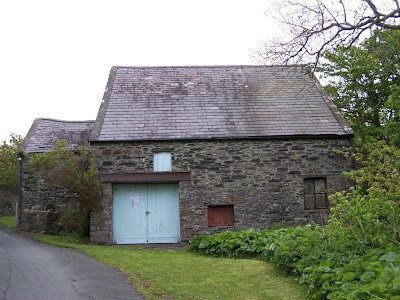 I know most of you can’t make this but it’s interesting that they are doing this.

National Mills Weekend is an annual celebration of our milling heritage when many of the owners of surviving mills invite the public through their doors to learn more about this once essential trade.

Organised by the Mills Section of the Society for the Protection of Ancient Buildings, the weekend’s growing popularity demonstrates the importance of this sometimes forgotten industry.

Here on the Isle of Man Canon John Sheen and his wife Elizabeth will be opening Kentraugh Mill. Based in the south of the Island this largely restored watermill was bought by Mrs. Sheen’s father, R. M. Nuttall, in 1965 when he purchased the miller’s house. He thought the mill building was a garage and was somewhat taken aback when he realised what he now owned. During the next five years Mr. Nuttall lovingly renovated the three storey building to its former glory.

Tucked away in the countryside Kentraugh Mill has a long history with the earliest record dated 1506 showing that it was a working mill in the ownership of Robert Qualtrough. But it’s likely that it was a working mill for several centuries. It is believed that the mill was largely rebuilt in approximately 1832, or earlier, and the current machinery installed. Prior to about 1800 everything would have been constructed entirely from wood.

Kentraugh Mill remained within the Qualtrough family until 1904, when the two surviving sisters of William Qualtrough sold the building to another miller by the name of John Woods living in Ballabeg. His family, or tenants, continued to work the mill until 1943, at which point the miller shut the door and left everything untouched.

Local stories relate that when the miller was short of labour he would hang a red flannel petticoat from a bedroom window to alert drinkers at the Shore Hotel!

Members of the public will have the opportunity to join an extensive guided tour of the mill explaining the processes involved and viewing the system in action.

During tours of the mill visitors will also be shown the remains of the miller’s storeroom across the road, which became a temporary home for the Primitive Methodists until the building of the Ebenezer Chapel in 1881. Now known as the Chapel Garden, records dating from 20th September 1851 show that the ‘chapel’ had 16 members, with 83 children and 11 teachers attending the Sunday school anniversary. Previously services were held in one of the Kentraugh Mill cottages.

There are still people living in the area who remember being sent to the mill for oatmeal or barley meal, and others who recall being brought to the mill as children in order to be weighed on the miller’s scales.

There is no charge made for the tour, but there will be an opportunity to make a donation to the United Society for the Propagation of the Gospel, a mission society of which Canon Sheen is a council member and long time representative for the Isle of Man.

Home made refreshments will also be available at the miller’s house during the weekend.

Anyone wishing to arrange a group booking outside of the National Mills Weekend, or would like further information, or directions, is asked to telephone 832406.