Last week I was fortunate to attend an International Space University event here in DC and met with some people from the space industry (one from the the Isle of Man) who were here studying as a part of the ISU MBA program. (One segment of this is conducted on the Island). Here is more good news from the burgeoning aerospace industry over there. 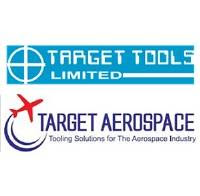 Isle of Man-based Target Tools has announced the launch of Target Aerospace, a business dedicated to providing tooling solutions and project management for the Aerospace industry. Responding to the growth in demand from the aircraft manufacturing sector, Target Aerospace aims to grow its existing customer base locally and throughout the UK.

Target Aerospace will continue to support projects for Boeing and Airbus aircraft such as Airbus A320 and flagship A380 as well as the latest Boeing 787, among other projects.

As part of the launch, the company will be expanding into new premises in the Isle of Man with the aid of financial support from the Isle of Man Government’s Department of Economic Development.