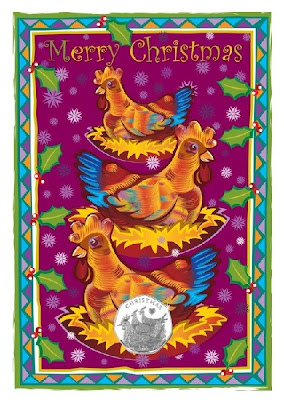 In the forth of its “Twelve Days of Christmas” series, the Isle of Man has released its Four Calling Birds 50 pence coin, 2008. The first was the Partridge in a Peartree. See more at Pobjoy Mint. In the carol, the four calling birds refer to the four Bible gospels.

Apparently, the tradition of celebrating the 12 days of Christmas, starting on Dec. 25 through to the morning of Epiphany on Jan. 6, is based on a sequence of verses in the Bible and the belief that the Three Kings took 12 days to travel to Bethlehem after first seeing the Star of Bethlehem.

It was also medieval tradition to celebrate 12 days for Christmas, starting on Christmas Day with the Yule log being dragged in on Christmas Eve and kept alight for 12 days. It was thought to be bad luck if the log went out within the 12 days. 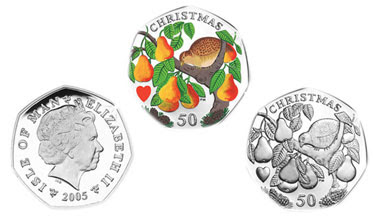