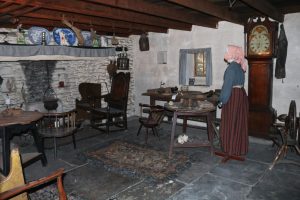 With new and exciting ideas in the pipeline for the redevelopment of the basement displays in the Manx Museum, it will bring to a close the much-loved Folklife Gallery, which has been on permanent display since the 1950s and remains largely unchanged.

The Folklife Gallery is a gentle reminder of a bygone age on the Isle of Man, evoking memories of a mainly rural setting.

By far the largest display is the quarterland farmhouse, based on the northern style, which by and large, incorporates beach stones and a slate floor within its design, reflecting differences in building materials in comparison with the south of the Island. The unpretentious farmhouse, furnished with a host of domesticity, and gathered from a range of sources, was initially placed into position in 1938, allowing visitors an opportunity of viewing two distinct building styles. The other, of course, being Harry Kelly’s cottage at Cregneash which opened during the same year. 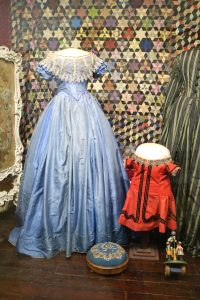 It encapsulated a life which was already rapidly disappearing.

There’s long been a rumour that the spectre of a young child appears in the bedroom of the farmhouse, thought by some to be an urban myth, but if you know otherwise Yvonne Cresswell, a curator at the Manx Museum, would be delighted to hear about your experiences.

Farming life inevitably dominates the basement, an extension of the Manx Museum built during the 1930s, interspersed with historical curiosities, such as the Ballafreer sundial and reminders of Arthur Caley, the so-called Manx Giant, which have their own stories to tell. There’s also an opportunity to look inside a fisherman’s hut, glance at a typical old-style dairy and appraise the old-fashioned corner shop which sold everything you could possibly need, and was once a common feature in every village. And students of fashion can also enjoy a small selection of the museum’s extensive wardrobe, covering the nineteenth century. 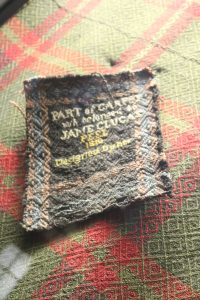 But life moves on, with Manx National Heritage currently at the feasibility stage of redeveloping the basement into a new TT gallery – dealing with nostalgia in a contemporary setting. It’s a lengthy project, viewed as having international importance, with a potential opening date of 2022 (subject to change), displaying memorabilia as well as motorbikes and highlighting different strands of the TT which assist the smooth running of the event.

It’s seen as a good opportunity to re-interpret this area of the Manx Museum and engage visitors with objects using new technology, as a way of displaying another side of Manx identity.

Some of the objects currently displayed in the Folklife Gallery will be re-assigned elsewhere amongst the Manx National Heritage sites, with others cared for in storage until such time as they too can be re-instated in future displays. 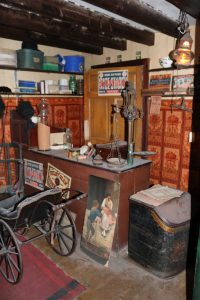 The Folklife Gallery currently remains untouched, but for those who wish to have a final, nostalgic visit, will close in January of next year. 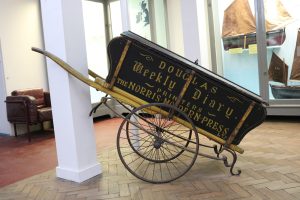 (Since publication of this article a petition to save the Folklife Gallery has been launched at www.change.org)