Mark Shimmin, from Douglas, has been appointed MBE for services to the Isle of Man government and economy.

The 56-year-old retired as the island’s chief financial officer in April and said he was taken aback by the honour but “very excited and thrilled”.
Mike Kewley, 63, who retired as clerk to Port Erin commissioners in February, has been awarded the British Empire Medal (BEM). 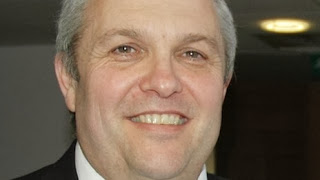 The Manx government described Mr Shimmin, who worked as a civil servant for 30 years, as the driving force behind the Small Countries Financial Management Programme.
Mr Shimmin said: “From my point of view the honour is for the civil service as a whole [and a way of] expressing my gratitude for the support I received from my colleagues, particularly the Treasury.”
Mr Kewley, who was born in Port Erin, was awarded the BEM for 40 years’ service to local government and the community.
As well as lecturing on the Isle of Man’s authority legislation and election procedures, Mr Kewley has campaigned for sheltered housing for the elderly in Port Erin and helps numerous groups and charities including the Parish of Rushen’s parochial church council.
He said the award was “surreal”.
“I am extremely surprised and amazed and very excited,” said Mr Kewley.
“I don’t think I have done anything special, though.
“Hundreds of people are involved with voluntary organisations and charities and have worked hard, too.”