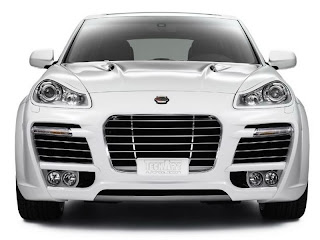 Prestige Luxury Sports Car brand Porsche has been appointed to the role of official Car Provider to the TT Races by the Isle of Man Government Department of Tourism and Leisure.  The company responded with a formal tender following a request for expressions of interest issued by the DTL in October 2009.
The contract will be managed by the Corkills Group who are the Island’s official Porsche dealers.  The contract with DTL was negotiated by Isle of Man based Corkills Motorgroup owner Adrian Kermode
The company will provide 12 of the latest Porsche models including the Porsche Cayenne, Panamera and 911 models.  They will be used to help manage the running of the event including course inspection and roads open and closed duties.
The deal also offers the opportunity for the Isle of Man and the TT Races to be promoted through the channels that Porsche own and operate including media and dealerships.