↓ Skip to Main Content
Home › Uncategorized › Nice work if you can get it!

Nice work if you can get it! 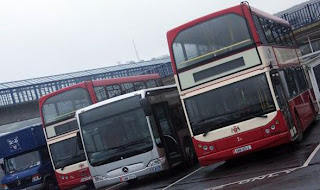 The worker’s basic salary for the public sector job is just over £25,000, ($37,500) but including overtime it clocks to well over £50k,($75,000) according to reports. Bus cleaners get $78,000, while a local government minister is raking in just above that at £56,733. ($85,000)
The pay rate was revealed as the Manx government plans to streamline services and bring half of its workforce under a single employing authority.

Chief Minister Allan Bell said: “I feel strongly that the structure we have at the moment is not fit for purpose.”  The salary of the workers are an example of settlements agreed between management and unions when public sector finances were in better order.