A unique exhibition made a short stop-over in Peel earlier this summer as part of an exciting journey christened The Thing Trail 2014. 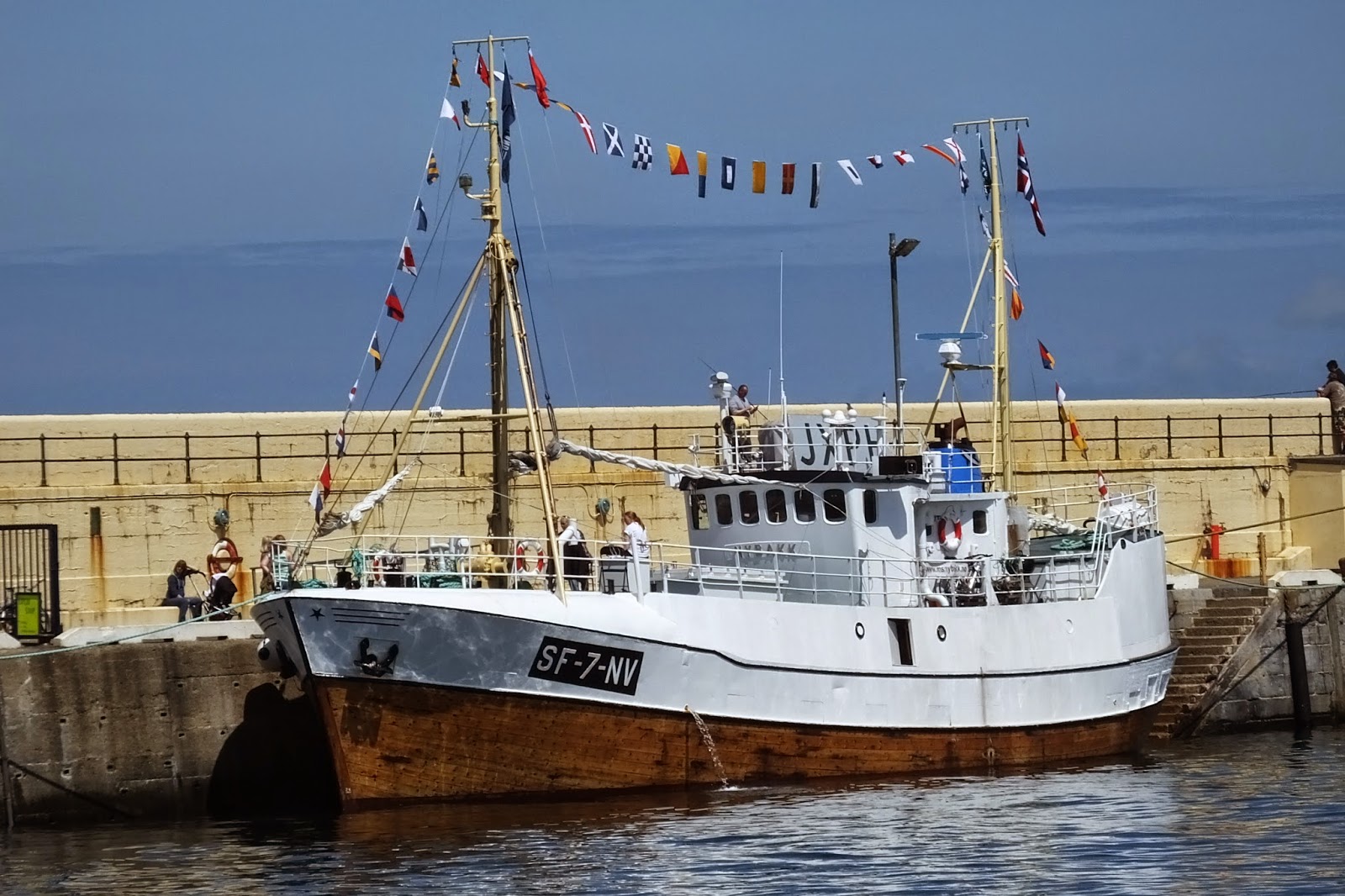 The exhibition, which was housed on a converted Norwegian fishing boat, MS Nybakk Venner, attracted a large number of visitors interested to learn more about their mission and why they were visiting the Isle of Man.
With partners in Norway, Iceland, the Faroes, Shetland, Orkney, Scotland and the Isle of Man, The Thing Trail is an EU funded three year transnational project instigated to promote the understanding of ‘Thing sites’, including Tynwald Hill. It is also hoped that this unusual project will help peripheral and remote communities on the northern margins of Europe develop their economic, social and environmental potential.

Visitors to the exhibition, which was free of charge, also had the opportunity of learning more about the vessel’s own history as a busy fishing boat based in Norway, before moving on to the fascinating Thing Trail exhibition itself, which gave visitors an insight into this fascinating topic.
Members of the crew were on hand to explain more about their journey and describe some of the artefacts on board, complemented by a continuous film show and a range of literature.
Later in the day Manx National Heritage hosted a free public seminar at the House of Manannan, exploring the connections between Viking ‘Thing’ sites.
A wide range of topics were discussed by a number of local speakers, closing with a talk by the skipper of MS Nybakk Venner, Hans Haddal.

Following the seminar, President of Tynwald, The Honourable Clare Christian MLC, presented gifts to the crew of MS Nybakk Venner at Tynwald Hill and passed on an official greeting to Gulating in Norway from the Isle of Man.
Gifts were also presented to the crew from representatives of the Isle of Man Ship Registry.
Valerie Caine