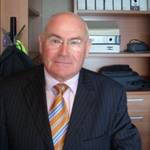 Regular readers of this blog will know how fond I am of Alex Downie and how much I admire the zeal with which he pursues the best interests of the island wherever he is, whomever he talks to. I especially love the story about him cutting through the bureaucracy involved in getting to meet the head of a middle eastern state by standing in line with the locals after Friday prayers. So imagine my delight to discover he has been recognized in the Queen’s New Year’s Honors list. Congratulations, Alex, this award is well deserved.

ALEX Downie MLC was quick to praise his colleagues after being awarded the OBE in the New Year’s Honours list. Here

He said: “I have had the privilege of working with a good team of people.”

Mr Downie said he was honoured and pleased to share it with those he has worked with and said it was recognition for the Isle of Man.

He has been involved with Manx National Heritage for more than 20 years and is president of the MSPCA.

“I thoroughly enjoy my work,” Mr Downie said, “work to me is a great pleasure, it is never a burden. I always get up every morning looking forward to what the day brings.”

Two other residents were also awarded:

Mrs Jean Buck has been made a Member of the Order of the British Empire (MBE) for services to wildlife and conservation in the Island.

She has been heavily involved with the Manx Wildlife Trust for many years, carrying out projects for the organisation and raising funds.

Former Strix chairman Dr John Taylor is an inventor – his most famous invention is the cordless kettle.

Many of the hundreds of patents that he holds are connected with domestic appliances, thermostats, and electrical equipment.

Dr Taylor created the Chronophage clock which is on display at Corpus Christi College in Cambridge where he studied in the 1950s.

It is in the Taylor Library which he largely funded and the library is named after him.

Dr Taylor is a former King William’s College student and returned to live in the Island 30 years ago.