Official Opening of ‘The Abbey Restaurant’ 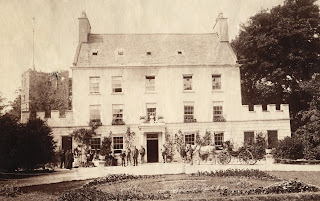 Strawberry and Cream Teas are now back on the menu at Rushen Abbey where Manx National Heritage and its new catering partners Sarah and Artan Giummri today officially opened the doors to the new Abbey Restaurant. In a special ceremony performed by the Chief Minister, the Hon J A Brown MHK, the outstanding new restaurant facility was officially declared open.

The opening ceremony was attended by special guests from the local business community, dignitaries, neighbours and volunteers who have supported the development of Rushen Abbey since its purchase by Manx National Heritage.

Founded in 1134 by Olaf, King of Man, Rushen Abbey was built by monks from Furness Abbey and run by the Cistercian Order.  The Abbey was a very important religious presence in the Island and was the last Monastic establishment along with the Nunnery in Douglas to be dissolved during the Reformation after which most of the Abbey buildings were destroyed.

“Around 1765, Deemster Thomas Moore, a senior Manx judge, moved to Rushen Abbey and built a fine country house which became, in 1847, a school for young ladies.  This became a country house hotel around 1866 and is the present Abbey Restaurant building.  The grounds of the Abbey itself became a fruit farm but it was in the early 1900s that it became a popular visitor attraction with tea dances and the famous strawberries and cream teas”.

The season would be opened in May or June with a church fete and stay open through the summer months, providing a venue to meet and dance.  There was a dance floor outside in the grounds and live bands played for tourists during the day and locals in the evenings.  Many young men of the day learnt to dance at Rushen Abbey and many went on to meet their future wives whilst dancing there. The famous strawberries and cream teas used home-grown strawberries from the grounds of the Abbey and when demand was high enough, from Ballasalla. Soft drinks, tea and coffee were served in the grounds of the Abbey, with alcohol available in the Rushen Abbey Hotel.

From the 1920’s to the 1960’s visitors paid an entrance fee to the Rushen Abbey Hotel and entered through a turnstile into the abbey grounds.  Peacocks roamed the gardens, where there was also a vinery and a dance floor.  Strawberry, raspberry, blackcurrant and blackberry jam were also available to buy in ‘Rushen Abbey’ branded jam pots. 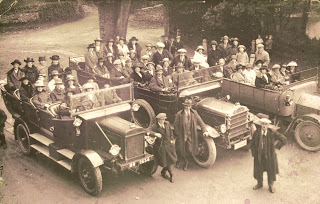 This new facility at Rushen Abbey has excellent links to Douglas, Castletown and the South by road, public footpaths including the Millennium Way and via the Steam Railway network.  Over the coming months we will undoubtedly see further regeneration initiatives in these surrounding areas as the Isle of Man Government further progress the Town and Village Regeneration Scheme”.