OMG! I don’t believe it 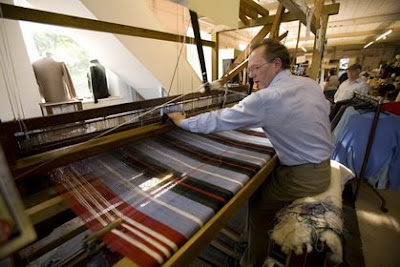 After a zillion years of telling me he’s going online he finally made it — well mostly. John Wood (pictured here), co-owner of Laxey Woollen Mills with his sister Dian, has been promising me that he’ll put the mill online. Well, of course he hasn’t, but what he has done is open a cool new shop in Douglas called Mostly Manx (Nelson Street opposite the M&S parking lot for those who know the area) which has a website. It’s a co-operative for Manx artisans and is very cool according to m

Now, John, will you PLEASE, put the Mill online and satisfy the cravings of your American audience.