This Saturday 28th March is the first day of the Easter school holidays on the Isle of Man and it also marks the first day of the new Manx National Heritage season. Heritage sites will open for their spring timetable, which sees most venues open daily from 10am to 4pm including Castle Rushen, Peel Castle and Rushen Abbey with its popular ‘Monky Business’ family activities.
This week has also seen the new ACE Card, supported by Lloyds Bank, distributed to all primary and secondary schools on the Isle of Man. The card, which can be used from this weekend, allows free access to all Manx National Heritage venues for all Isle of Man schoolchildren.

A number of the sites have had refreshes and refurbishment during the closed winter period including Laxey Wheel, where repairs have been carried out to the stone masonry on the wheel housing as well as timber repairs to the viewing gallery superstructure, the cladding and the wheel structure. Old render was also removed and the wheel, housing risers and viewing platform were all repainted.

The Grove Museum in Ramsey has had conservation work to the exterior porch and repairs to the roof.  Some of the exhibits have been temporarily removed so that conservation work can be carried out on them and they will not be back in place when the museum re-opens on 28 March.

The Nautical Museum is still undergoing refurbishment and is due to open on 23 May with a new gallery telling the story of George Quayle and 18th century Castletown.

A packed programme of Easter holiday events for families at the Manx National Heritage sites include the Dragon Egg Hunt at Castle Rushen daily between 10am and 4pm from 31st March to 6th April where children are invited to solve the clues to track down the dragon’s missing egg and earn the gratitude of, and a small chocolate treat, from the resident Castle Rushen dragon.

Also this Easter, Rushen Abbey will be playing host to an Easter Fairy Tale Trail in the Abbey Gardens, between 10am and 4pm from 3rd to 6th April while the popular egg rolling competition at Cregneash gets underway at 1.30pm on Easter Monday with prizes for the best decorated hard-boiled egg before the great “roll off” begins. 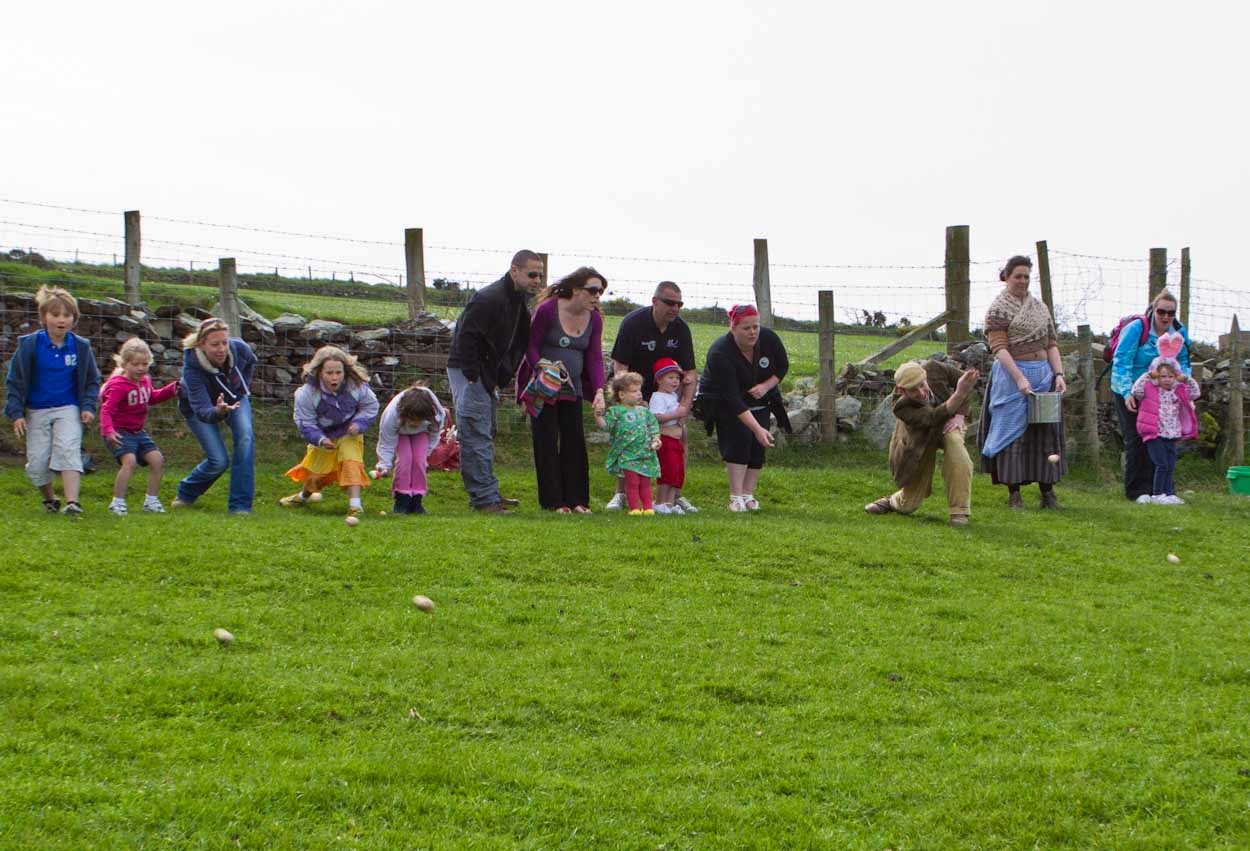 Visitors will be able to follow in the footsteps of the women who made Mann at an additional four Manx National Heritage venues. History in Heels ‘pops up’ opened at Castle Rushen on International Women’s Day followed by the Manx Museum and House of Manannan. Pop up displays featuring remarkable Island women and their stories can now be found at Cregneash, The Old Grammar School, The Old House of Keys and The Grove from 28 March.

The much anticipated ‘Ulster’s TT Heroes’ Exhibition opens this weekend at the House of Manannan in Peel.  The exhibition celebrates the greatest TT riders from Northern Ireland including Phillip McCallen, Brian Reid, Norman Brown and of course Robert and Joey Dunlop.  Displays loaned from Ballymoney Museum will be supplemented with artefacts and memorabilia that tell the country’s TT history through its greatest riders.

For more information on the events and site opening details go to www.manxnationalheritage.im.