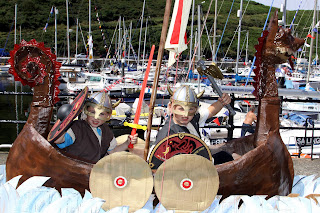 For a fun-filled day out during the school holidays why not take the family to the west of the Island on Sunday 7th August and join in with the colour and spectacle of Peel Carnival?

Bringing the historic fishing port to life, both visually and musically, the carnival’s popular Grand Parade along the seafront is now the only one of its kind on the Isle of Man, attracting visitors from all parts of the Island. 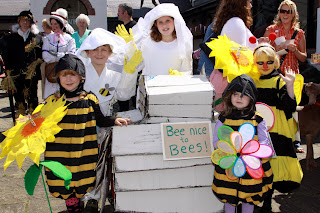 Peel Carnival has now been in existence for almost 60 years, although not without mixed fortunes, but as others fall by the wayside this one continues to thrive and has enjoyed something of a revival in recent times. Its success has been built on the goodwill of local people and the many extra attractions, including a popular community arts project and the invitation of special guest artistes from overseas, which have been added to the day’s activities.
A packed programme of free events includes seven visiting street entertainers, with stilt walkers, acrobats, magicians, escapologists and the curious Hat Man providing a rich extravaganza of entertainment. There will also be a welcome return for the Pan Fire Steel Band with their vibrant and upbeat music to help lift the day. New for this year, however, will be local chainsaw sculptor Nick Barlow, who will put his talents to work on a giant-sized creation of the mythical Fenella which will eventually be placed to overlook Fenella Beach.
Dozens of stalls and side-shows will line the route of the parade, with extra entertainment to suit all tastes provided by local musicians and dancers from mid-day, together with the popular Davison’s Sandcastle Competition (judging at 11.00am) with prizes and free ice cream for all entrants. Transport buffs will be encouraged to head for the Peel Transport Museum, situated behind the House of Manannan, for their own day of fun activities before joining in the Grand Parade with a host of vintage vehicles, led by the celebrated Peel P50. 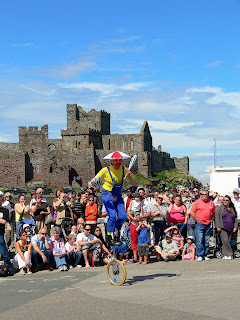 Visitors are also encouraged to become part of the Grand Parade by taking part in one of the many classes available for both adults and children ranging from individual fancy dress and decorated bicycles to a fully dressed lorry. And if there isn’t a class to suit your aspirations then the organisers will invent one to accommodate your ideas. With cash prizes on offer committee members will be on hand from 12.30pm at the House of Manannan to accept entries and judge everyone’s efforts before the parade commences at 2.00pm, looking for originality and creativity.
The day’s activities will conclude with music provided by the Pan Fire Steel Band at 9.30pm followed by a spectacular firework display an hour later.
Peel Carnival is run by an enthusiastic band of volunteers with generous financial support from the Isle of Man Government and local businesses, but would be pleased to hear from anyone who can help on the day. Volunteers are asked to phone Carnival Chairman Ian Baker on 201039.
Valerie Caine © July 2011 (Courtesy of Manx Tails)