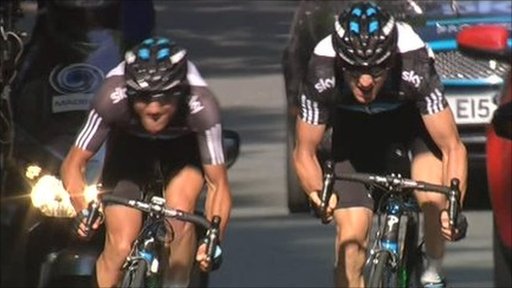 Isle of Man cyclist Peter Kennaugh claimed the silver medal in the men’s British Road Race Championships in Pendle on Sunday. The 21-year-old finished half a wheel down on team-mate Geraint Thomas after the Team Sky pair broke clear.

The race also marked the return of fellow Manxman Jonny Bellis after a life-threatening crash last September. Bellis did not complete the race but told BBC Isle of Man: “I’m just happy to be on the start line. I’ve got several races coming up and I will look to improve in each one,” added the Team Saxo Bank rider.

Mark Cavendish, who is one of the favourites for the Tour de France green jersey pulled out of the event at the half-way stage.  BBC