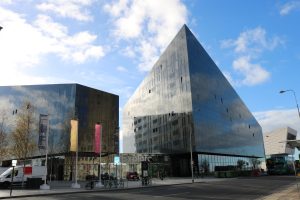 The Isle of Man has an extensive and proud historical link with the North West of England through the busy port of Liverpool, serving a need for migration, employment, transport of goods and latterly an important connection for onward travel.

But the port represents much more than this to people on the Island as we continue to foster a long held affinity.

This tangible link with the Isle of Man has recently been brought into sharp focus with the need to shift the position of our current terminal building to a new site, after many years alongside the iconic Royal Liver Building. The move has been required after it was revealed that a new cruise liner terminal would be situated on that site, which has provoked questions about its re-assignment and cost.

A one-day exhibition about the on-going project, staged in Liverpool, invited the public to learn more about the proposed scheme, with an opportunity to raise any concerns. 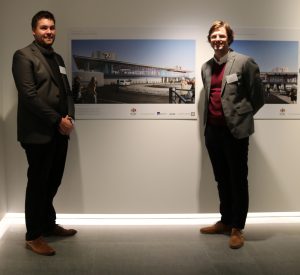 Held in the magnificent RIBA North Building, based at the appropriately named Mann Island on Liverpool’s waterfront, the event was jointly hosted by the Isle of Man Government’s Department of Infrastructure, Aecom (Consultants and Engineers) and The Manser Practice, a firm of architects with offices in London and York.

There’s no doubt that the current terminal facility in Liverpool is tired and jaded and would welcome an upgrade, but the Isle of Man Government’s proposal centres on an ambitious, modern replacement designed to meet the needs of the twenty first century traveller. The proposed site is located at Prince’s Half Tide Dock, some eight hundred metres north of the current terminal, a location which has evolved since the early nineteenth century.

With substantial regeneration dominating the Merseyside landscape, the new terminal will be positioned within a residential area which is home to some eight hundred people in surrounding apartments, some of whom raised their own concerns with representatives at the exhibition. Many were assuaged, but others remained un-assured.

Several diagrams and images adorned the walls, portraying the vision of the Isle of Man Government for the site, which lies in the desire to organise the flow of both vehicular and passenger traffic in a seamless fashion; avoiding congestion and bottlenecks. The overall design is, appropriately, distinctly reminiscent of a sailing vessel and incorporates a number of local references – with external and internal signage proposed in both Manx Gaelic and the English language. The distinctive triskellion, instinctively linked with the Isle of Man, will also be used to visual effect using Manx colours. Meanwhile, the terminal itself will be constructed mainly of glass and zinc in an effort to create a bright and reflective building. A deliberate choice of material to withstand the rigours of a waterfront setting, the use of zinc is also additionally reported to be a nod towards the Island’s now defunct mining industry. 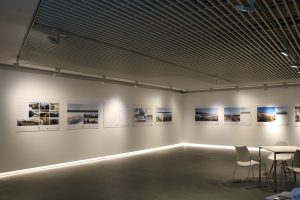 It’s proposed that passengers will be filtered around the perimeter in an efficient manner, with a clear view of the vessel at all times and up-to-date facilities for the travelling public. Additionally, the main building is perceived to be a high quality pavilion constructed sensitively for use in a designated World Heritage site.

In the meantime you can view an inter-active visual image of the proposed terminal in a short clip on the Isle of Man Government’s Youtube channel.

Since publication of this article the cost of the project has increased and completion date extended.