Kelly McCarthy Posted on May 17, 2012 Posted in Uncategorized 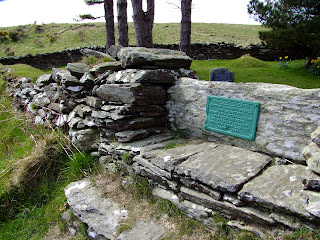 At one time the Isle of Man boasted a thriving network of almost 250 keeills scattered across the length and breadth of the Island. Crudely made from earth and stone and somewhat compact in size, keeills were used as family chapels, wayside shrines and places of retreat and hermitage. Many of their locations are now lost and the sites bearing remains of the buildings even less, but their role in the Island’s history is still a source of fascination for historians, worshippers and the curious.
Keeills are largely associated with pre-Christian sites with some built over Bronze Age Cairns, but although both the sites and burials can be dated back to the sixth century or earlier, none of the remains can be proven to be older than the eighth century. Typically a keeill will be on a mound and surrounded by a circular burial ground, with many yielding some interesting finds for both the professional archaeologists and local farmers, including a number of Cross Slabs, used as grave markers, or as part of the Altar. But local folklore suggests that it’s unlucky to tamper with these old sites, with stories of misfortune for those who ignored such advice still echoing amongst the Island’s parishes. 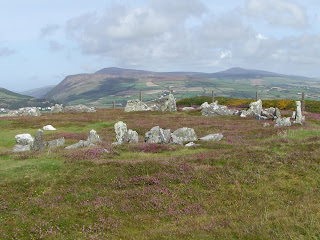 The catalyst for Praying the Keeills Week was the former Lord Bishop of Sodor and Mann, the Rt Rev. Graeme Knowles, and with a taskforce of volunteers from each Christian denomination has been providing an annual schedule of events since 2006. 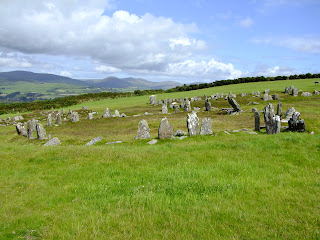 It’s an informal week of activities held towards the end of May with a selection of events across the Island, with each walk including a time of prayer and reflection. Destinations this year will include Bishopscourt Chapel, St Luke’s Church in Baldwin and Lonan Old Church (St Adamnan’s) with visits to the Braaid Circle, the Quaker burial ground at Ballajora and the Meayll Circle in the south of the Island.

For those unable to participate in the many organised walks there’s a chance to join a coach trip to see Manx crosses at Lezayre and Bride, attend an illustrated lecture given by Andrew Johnson of Manx National Heritage on the same subject, or join a torchlight procession at the end of the week in Port St Mary.
Valerie Caine
© May 2012 (inc photos)