Kelly McCarthy Posted on May 18, 2010 Posted in Uncategorized 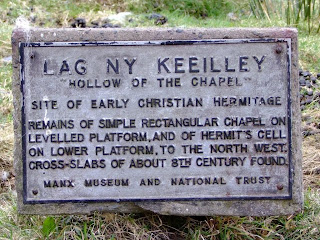 ‘Praying the Keeills Week’ held in May each year is an annual opportunity to discover some of the Island’s ancient religious sites, and spend time reflecting on their beauty and important role in the rich history of the Isle of Man.
It is organised by a taskforce made up of representatives of each denomination, with responsibility for a specific area delegated to small groups. Local historian Frank Cowin also shares his extensive knowledge on the subject, helping with planning and accompanying walkers during the week itself.
‘Praying the Keeills Week’ is relatively new to the Manx calendar being the brainchild of the then Lord Bishop of Sodor and Mann the Rt. Rev. Graeme Knowles in 2006. As new ideas began to flow the Rev. Peter Robinson, Vicar of the parishes of Arbory, Castletown and Santon established an annual children’s competition and the development of various publications produced in conjunction with this special celebration. The latest chairman of the taskforce is the Rev. Leslie Guthrie, a retired minister from St. Andrew’s United Reformed Church in Douglas.
Keeills were once an important part of life on the Isle of Man serving a variety of purposes as family chapels, wayside shrines, places of retreat and hermitage. Perhaps as many as 250 were scattered across the Island, but recognised sites or remains that survive account for less than half of this number. Small buildings constructed from earth and stone none of the remains are thought to be older than the eight century, although the site itself and surrounding burials can be dated back to the sixth century, or earlier. 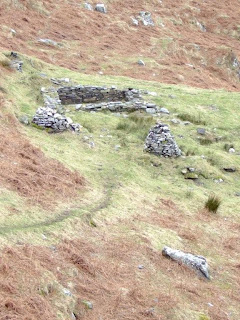 The keeills are often situated on a mound surrounded by a circular burial ground and are largely associated with the remarkable cross slabs on public view at various locations across the Island. Many of the keeills are associated with pre-Christian sites and a number were either built over, or transformed into Bronze Age Cairns.
This year’s event will be launched with a service at Ramsey Methodist Church followed by a scenic walk around the coastline to Maughold to visit keeills in the churchyard and St. Maughold’s Well close by. Other organised events will include trips to Sulbrick Keeill, Balladoole Keeill, a prayer pilgrimage to Cabbyl Pherick and a candlelit procession to Tynwald Hill.
Valerie Caine © May 2010