Valerie Caine Posted on May 27, 2018 Posted in Culture, History, Landscape 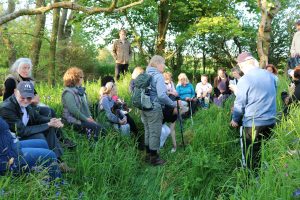 Now in its thirteenth year, Praying the Keeills Week (Goaill Padjer ec ny Shenn Chialteenyn) provided a week-long programme of events designed to celebrate the Isle of Man’s Celtic heritage, with an opportunity to visit some of these ancient chapels which are located across the length and breadth of the Island.

An extensive programme offered a variety of walks together with a coach tour and an illustrated lecture, but this year there was also an opportunity to see examples from the Methodist Modern Art Collection, currently being exhibited on the Island. 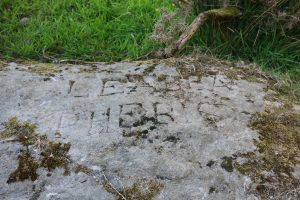 A keeill is the local name which describes a Christian chapel, many of which were built between the eighth and twelfth centuries, the earliest buildings constructed with sods of earth and rarely larger than three metres by five metres internally. Others, however, were far more substantial, but constructed with stone. Typically some of them were surrounded by a walled graveyard, and often a well would be situated nearby.

It’s estimated that there may have been in the region of two hundred of these Christian stations at one time, but there are now only about thirty five with visible remains, often found on farmland.

keeill might be used as a family chapel, a wayside shrine, a place of retreat or hermitage.

Excavations, where permitted, have unearthed memorial crosses and other decorative items, which were subsequently re-housed in local parish churches. But with a number of them facing an uncertain future, some of these artefacts have been released into the care of Manx National Heritage.

Praying the Keeills Week was organised by a group of people from local churches, presenting an opportunity to put aside the hustle and bustle of a contemporary world. 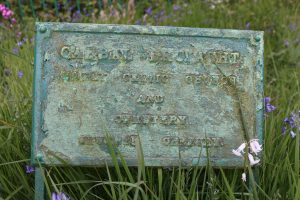 Both prayer and meditation were of importance to those who worshipped at these places in times past, which were believed to be what might be described as ‘thin places’; where believers could draw close to God.