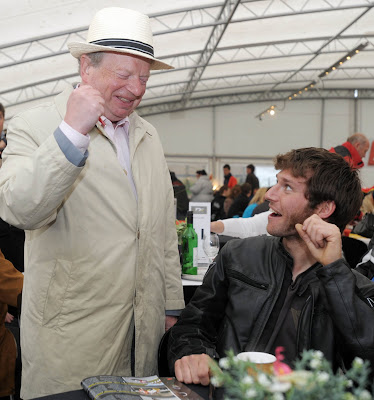 The Isle of Man TT Races will be featured in a prime-time ITV1 show this month. The three part series, called ‘John Sergeant On The Tourist Trail’, will be shown on Tuesdays from 10th November at 8pm.

The program features presenter John Sergeant returning to his roots as a tour guide and getting a unique perspective of Britain by joining different tourist parties and experiencing Britain through their eyes.

The TT is covered in the first episode of the three part series, each episode an hour long, which will also feature a number of the UK’s other leading tourist destinations including Loch Ness, the Lake District and the Eisteddfod Music Festival in Wales.

The TT feature was shot during this year’s races and tracks groups of German tourists who visit the Isle of Man on their annual pilgrimage. During the show John discovers why they love to return to the Isle of Man year after year, despite bringing all their own food and liters of German beer. During his visit he also met TT hero Guy Martin (photo) and German rider Karsten Schmidt who explained the thrill of competing in the world’s greatest motorsport event and learnt how the Island copes with its influx of international visitors.

The trip was organized by the Isle of Man Government’s Department of Tourism and Leisure who assisted the production crew from Mentorn TV with all of the on-site logistics during their four-day trip.