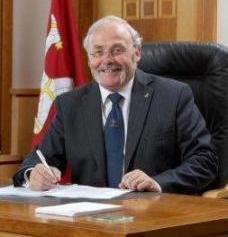 CHIEF Minister Tony Brown MHK has today announced proposals for a major restructuring of Government Departments with a focus on growing the economy to generate new income for the Island.

At the centre of the plan is the creation of a new Department of Economic Development to co-ordinate the support and promotion of key sectors including financial services, manufacturing, tourism and e-business. Also proposed is a Department of Social Care responsible for a cohesive social policy embracing social services, social security and housing. A Department of Community, Culture and Leisure would include culture, recreation, fishing and farming, recognising agriculture’s role in maintaining the Manx countryside.

The change, the most comprehensive since the introduction of the Ministerial system in 1986, is to be moved at this month’s sitting of Tynwald starting on February 16, to take effect from April this year. It is proposed as part of Government’s response to the Independent Review of the Scope and Structure of Government, which recommended the formation of a Department of Economic Development. If approved there would be seven new Departments: Economic Development; Social Care; Health; Community, Culture and Leisure; Environment; Infrastructure; and Treasury (from which responsibility for the promotion of financial services would be transferred to Economic Development).

Home Affairs and Education would remain intact, though the latter would be renamed Education and Children. The restructure would be an opportunity to look at greater efficiency and effectiveness, for example through the increased use of common services.

‘The reduction in the Island’s share of VAT revenue has created an urgent need for us to renew the drive for new business and new income. The Department of Economic Development would spearhead that drive by bringing marketing teams together in one organisation dedicated to building the economy. In the current fiscal climate the case for a new Department of Economic Development is a strong one. If it is accepted, then other Departmental changes become necessary as a knock-on effect. There will be many different views on what those changes should be, but what is proposed is based on the priorities agreed in the Government Strategic Plan. The public and business community is expecting leadership and action at this time of challenge for the Island. The important thing is to get a new structure in place to sharpen our focus on growing the economy and revenues, so Government can continue to support the quality and standard of life of the people of the Isle of Man.’