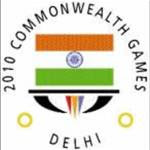 Well, they’re braver than I am.  I’d be more worried about getting blown up than the buildings being unfinished. I know that India is trying to shake up its police and anti-terrorist forces but the shambles in Mumbai, where the top cops scarpered during the recent islamic terrorist attack, hardly filled me with confidence. The IoM does well in the Commonwealth Games; it’s the largest event we can compete in as a nation, so I can see why the competitors so desperately want to go — but they need to be reassured that their safety will be taken seriously by the Indian government.

“The Isle of Man still intends to send a team to the Commonwealth Games in Delhi later this year. The Manx Commonwealth Games Association has explained the position in response to a recent article in the Daily Telegraph, which suggested England would pull out of the event due to security concerns.
The clarification has come in an email to Manx Radio from association president Juliet Holt. She confirms there are worries that construction work at some of the venues is behind schedule, following a visit in October. But there will be a further get together in March, when it is expected the situation will have improved considerably.
Ms Holt believes that, with all the information available at the moment, there is no reason why Team Isle of Man should not attend the Delhi Games. The final point she makes is that the management team has the whole squad’s safety uppermost in its mind”.  Manx Radio