Ramsey – A Collection of Images Through the Years 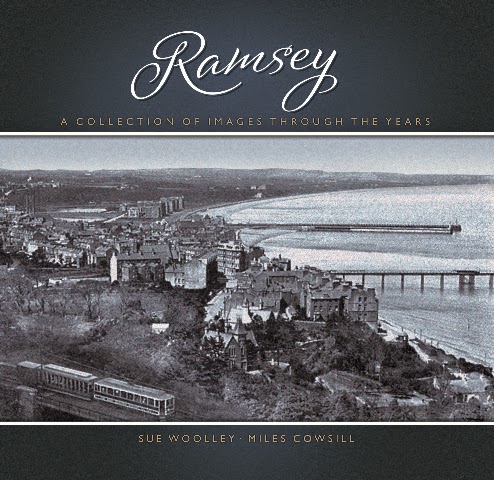 Nostalgia is a popular subject for many Manx book collectors, but if you’re linked in any way to the northern town of Ramsey there’s an extra reason to dip into this new publication which focuses on some fascinating aspects of the area.

First settled by the Vikings three thousand years ago, Ramsey became known as the capital of the north, and within these pages you’ll find a selection of thought-provoking photographs of the town in its hey-day.
Inevitably this includes many industries associated with the harbour area, but the book also acknowledges other important milestones linked to the town, such as the Ellan Vannin tragedy, internment during World War II, the creation of Radio Caroline, and the establishment of Ramsey Cottage Hospital.
A collaboration between Miles Cowsill and Ramsey based writer Sue Woolley, this was published in response to several requests to produce an historical ‘picture book’ of the town, but although it gives a rewarding insight into the area’s history, it was never meant to be a detailed account of the locality.
Nonetheless it charts some of the many changes which the town has experienced and illustrates its importance as a busy, commercial centre, with some priceless nuggets of information and a skilful choice of photography, supplemented by some stunning colour images by Tony Lloyd-Davies.
Available at many bookshops and outlets across the Island, it’s priced at £14.95.
www.lilypublications.co.uk
Valerie Caine