With the continuing threat of Covid-19, original plans for Tynwald Day (the Isle of Man’s National Day) were scaled down substantially, with members of the public advised not to attend with a view to ‘social-distancing’ and the restrictions on gatherings. Bur prior to the day itself the Isle of Man Government decided that, due to the lengthy period without any new, known cases of the virus, that a skeletal version of the annual proceedings could take place.

However, despite updated advice, which encouraged Islanders to celebrate in their own way this year and listen or watch proceedings on Manx Radio, a number of people did in fact travel to St John’s to experience the event.

It was indeed something to capture for the history books, as the half-hour, truncated ceremony proceeded in a relaxed manner, with just the core members of the government ensconced on Tynwald Hill – without its usual canopy.

With no church service, invited dignitaries, aerial fly-past or English military bands, the occasion was pared down to bare necessity. But what emerged was its core values.

A number of people were disappointed that the recently introduced all-day entertainment was missing from this year’s event, but others mourned the loss of the traditional fair. Manx Concert Brass provided musical accompaniment.

His Excellency the Lieutenant Governor, Sir Richard Gozney, laid a wreath at the National War Memorial, followed by the Last Post, a one-minute’s silence and Reveille.

The mid-summer sitting of Tynwald Court was fenced in the usual manner before administering its central function – promulgating and captioning new Acts of Tynwald, as the final stage of the Manx legislative process. But there was some disappointment that petitioners  were still prevented from traditionally delivering petitions personally, but required to present them in advance. 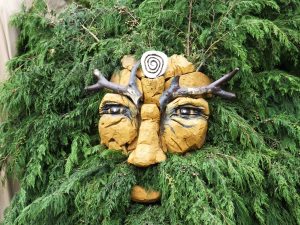 The half-hour ceremony was concluded with the Manx National Anthem and a procession from Tynwald Hill to the Royal Chapel, where the promulgated Acts were then captioned.

But there was one important, obvious omission – the rushes traditionally strewn along the pathway between the Royal Chapel and Tynwald Hill to honour Manannan were missing.