Kelly McCarthy Posted on November 17, 2011 Posted in Uncategorized
THE quality of water in the Isle of Man’s rivers is improving and more rivers are free from pollution making them better for fish and wildlife, according to a new report. isleofman.com
Chemical monitoring has shown that nine out of ten rivers are of good or better quality. The Department of the Environment (DEFA), who commissioned the survey, said it was “an encouraging trend.”
The statistics show an improvement on recent years, when there had been a gradual decline in the quality of our very best rivers. 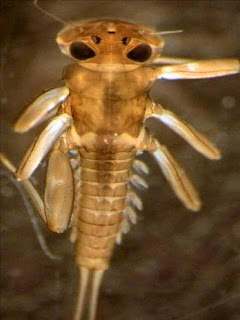 For the decade up until 2008, summer monitoring showed that 70% of the Island’s rivers were designated ‘very good’, meaning they were unspoilt, completely pollution free and capable of supporting animals such as sensitive mayfly and salmon and trout.
DEFA said in a statement issued today, “Unfortunately, since then, this has declined to less than 60%, as some of the very best rivers have ‘slipped’ to being merely ‘good’, indicating that while they are still good for most wildlife, fish and insects, they are now suffering a small amount of stress.
“However, in the latest monitoring covering the period 2007-2011, 63% of our rivers show very good quality, an increase of 5% compared to last year’s data.
“This recent improvement may reflect both changing climatic conditions (i.e. with slightly drier weather and less run-off during sample collection, than previous years) and the Island currently being in a different phase of economic development. It is hoped the positive trend in river water quality will continue.”
DEFA said that the Island’s rivers are good reflectors of the state of the natural environment, but added, “Although the Freshwater Biologist monitors many rivers regularly and the Environmental Protection Unit seeks to regulate discharges and solve pollution problems when they occur, it is ultimately the responsibility of the general public and business to minimise their own impacts on local rivers.”
A copy of the report is available on the Government Laboratory website
(http://www.gov.im/daff/enviro/govlabs/riverwater.xml)