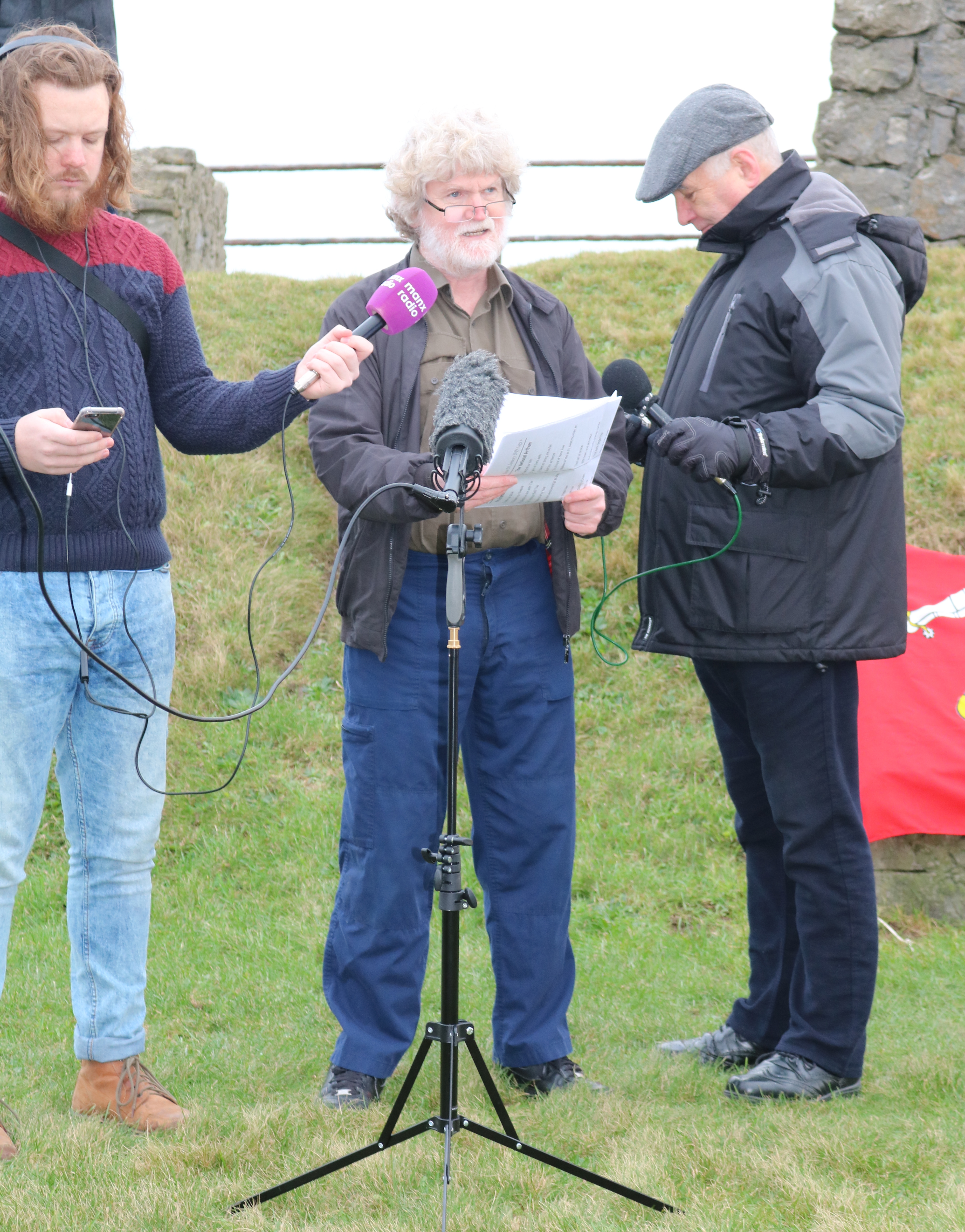 The annual ceremony commemorating the anniversary of the death of William Christian took place at Hango Hill, just outside Castletown, close to the site of both his execution and now demolished abode at Ronaldsway. 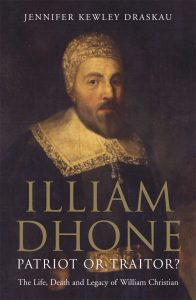 His death in the seventeenth century has long provoked comment and vitriol, with many still divided on the subject of whether he was a traitor or a patriot. 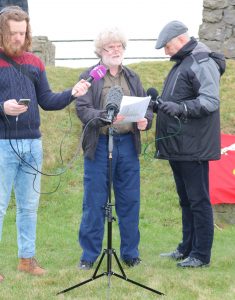 nised by Mec Vannin and the local branch of the Celtic League, the anniversary of Christian’s death also provides a platform for members of the community to enjoy the opportunity of free speech, as well as remembering the man nick-named Illiam Dhone (Brown-Haired William). 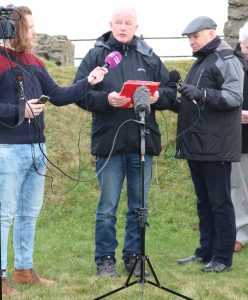 Introduced by Bernard Moffatt, the oration in Manx Gaelic was given by Chair of Mec Vannin, Mark Kermode, followed by a second in the English language by Bill Henderson MLC who spoke on the topic of the return of The Chronicles of Mann and the Isles to the Island.

It’s an important, historical document, covering the early history of the Isle of Man and thought to have been written at Rushen Abbey in Ballasalla – although other historians suggest that the content may have been recorded at the Cistercian Abbey at Furness. But the main thrust of his speech focused upon a plea for the return of the publication from the British Library in England. Back in 2007 he invoked a Resolution in Tynwald for the return of the Chronicles, but has lately detected further interest about the subject from his fellow members of the legislature.

This was followed by the annual wreath-laying ceremony and singing of the Manx National Anthem in both Manx and English. 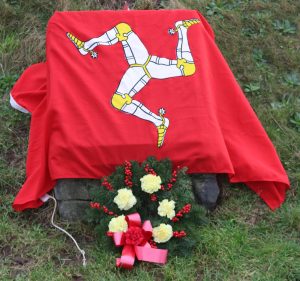 Once the crowd dispersed, there was an opportunity to either attend a special service at Malew Parish Church (where Christian is believed to be buried), or travel back into Castletown for a post music session at Compton Vaults, where hot soup was available in return for a donation to the Isle of Man Food Bank situated in Tromode.